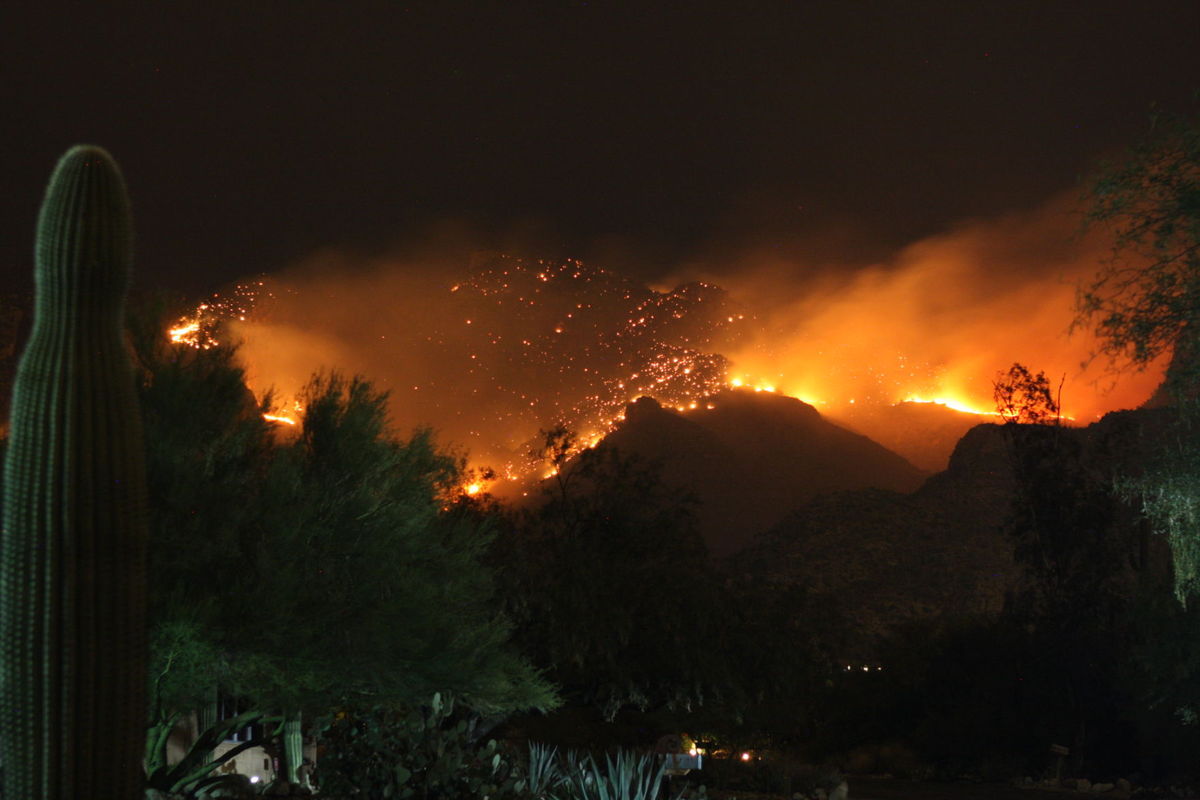 Wildfire season rages on as a small community in the mountains overlooking Tucson has been evacuated.
The Pima County Sheriff’s Department announced Monday that Summerhaven on Mount Lemmon in the Santa Catalina Mountains needed to be evacuated as flames threatened the town.
With a population of less than one hundred, the small unincorporated community sits at an elevation of approximately 7,600 to 8,200 feet (2,300 to 2,500 m) above sea level and rests about 24.5 miles from the base of the mountains.
Mount Lemmon boasts many homes and cabins for Tucson residents to retreat from the summer heat, but the flames of the wildfire are approaching too close for comfort.
The fire began Friday in the foothills of Redington Pass and the cause remains under investigation. As of Monday morning, it had burned over twenty square miles of brush, grass and timber.
Pima County joins many communities across the state that are implementing a better-safe-than-sorry attitude as the dry desert summer sets the scene for dangerous wildfires. Homes were also evacuated last week in north-central Arizona, as the Goodwin Fire burned 43 square miles near Prescott Valley.