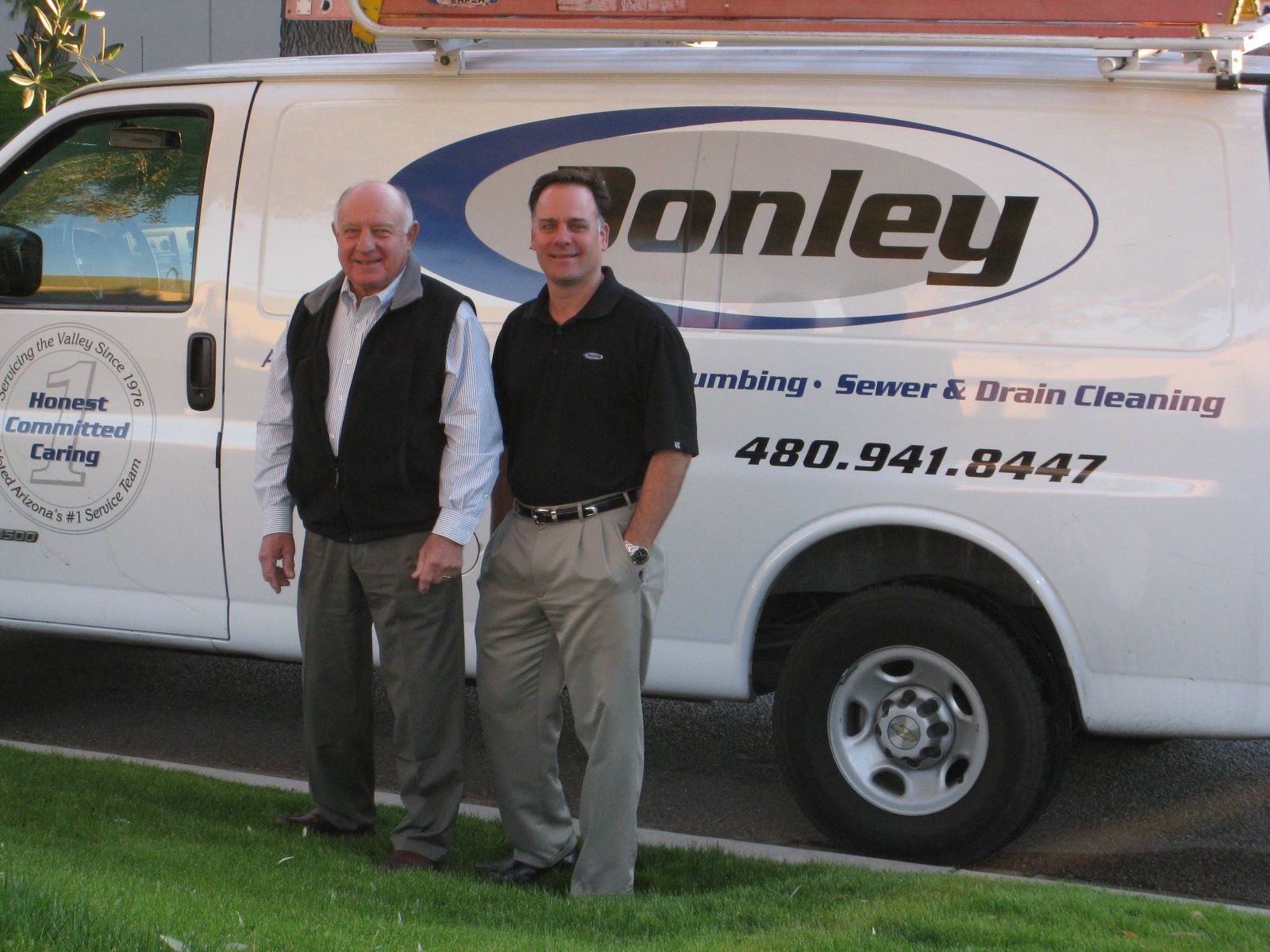 It wasn’t a path Valley resident Jim Donley had planned. But, it’s a path he’s happy to have traveled. After graduating from Duke University, Jim enlisted in the United States Army where he was called upon to directly serve his commander-in-chief. As a cryptologist with high security clearance, Jim decoded information for Presidents Dwight D. Eisenhower and John F. Kennedy.

“I am very proud to have served,” Jim says. “What a lesson for a young man to learn early in his life about integrity.”

Jim took that lesson to Wisconsin where he attended a training program for Trane, a respected air conditioning manufacturer. In 1962, he was assigned to Phoenix where he found a growing market and a diverse climate.

“I remember our first Christmas we drove our little Chevrolet Corvair to Payson to cut a tree with our one-year-old in a crib in the back seat,” he says. “We quickly adapted to the Arizona outdoors.”

During his fourteen years with Trane, Jim’s knowledge –and his family – grew. He and Betsy had three sons. The oldest, Mike, is now president of Donley Service Center. In 1976, Jim opened the doors at Donley with two employees and a sign on the wall that read, “Customer Satisfaction.” The goal he started with remains the goal today. Jim often describes it as, “Good people doing the right things.

Doing the right thing is not only a professional, but also a personal mantra. For more than two decades, Jim and Betsy Donley have supported Crisis Nursery, the Valley’s longest-serving children’s shelter, along with New Life Shelter for domestic violence victims. In addition to providing financial support, Donley installs and services dozens of air conditioning and plumbing units at no charge for both non-profits.

Jim is equally proud of his loyal employees, many of whom have spent 10, 20, even 30-plus years with the company. Jim says he and Mike are often involved in the interview process because, “If you don’t have great employees you aren’t going to have great customers.”

Jim Hinshaw, owner of Sales Improvements Professionals, Inc., recalls his first interaction, “When Jim interviewed me to be a Trane rep for Arizona in the late 1970’s his questions revolved around interpersonal relationships -how I handled situations with people-rather than tell us about your best sale. What he represents is integrity, family and faith.”

Industry expert Stephen Martin also appreciates doing business with Jim. As President of American Refrigeration Supplies, Inc., Martin works with dealers throughout the United States and says, “Jim’s vision and hard work have not only been responsible for building the Donley name into a well-known consumer brand, but he has also been a leader in helping to shape the HVAC (heating, ventilation, air conditioning) industry in Arizona.”

After 50 years in the industry, Jim’s influence can be felt in thousands of Arizona homes and Donley Service Center’s message can be found on dozens of company trucks. Three words are prominently displayed: honest, committed, caring. And, you don’t need a cryptologist at the White House to explain what they mean.