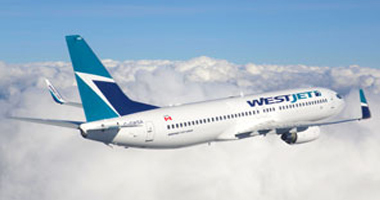 Canada’s WestJet Airlines has announced plans to begin service between the Phoenix-Mesa Gateway Airport and Calgary and Edmonton, Alberta.

Beginning in January, travelers will be able to head to the smaller, much less busy airport in east Mesa to catch non-stop flights to those two cities in Canada.

Flights to Calgary will be offered three times a week starting January 19 and the Edmonton service will be once a week, beginning Jan. 21. Introductory fares begin at $140 roundtrip for travel between Mesa and Calgary and $200 for flights between Mesa and Edmonton.

This announcement came in the same week that charter travel company NewLeaf Travel Co., in partnership with Flair Airlines, announced its plans to begin the same service routes on the same days. However, due to it’s charter status, New Leaf is only offering tickets for travel originating in Canada, while WestJet is selling tickets for trips that begin in Arizona as well.

WestJet and Flair Airlines will join Allegiant as the only commercial carrier offering flights at the Mesa Airport. A WestJet spokesperson said that there are no plans to reduce flights at Sky Harbor.

Canada is a huge international destination for Arizonans, and interested travelers can learn more about this new service on the WestJet website.