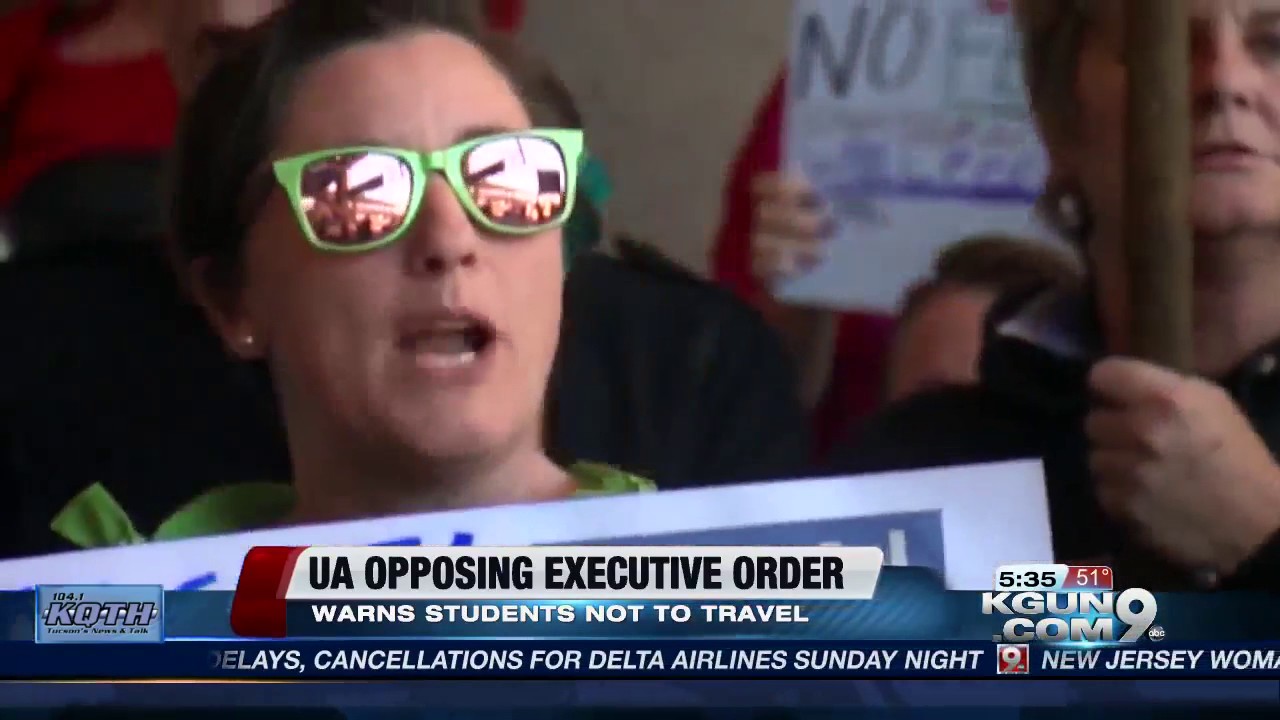 At the end of January, Trump signed an executive order that blocks Syrian refugees from entering the country indefinitely, and temporarily put a travel ban on six other nations with a Muslim-majority population.

Numerous Arizona organiztions have spoken out about the ban, and called for government and educational leaders to stand up against the executive order. Among these groups is University of Arizona, which has many international immigrant and refugee students.
The new, stricter restrictions on international immigrants have some college students and community members on edge, worrying that their classmates won’t be able to reenter the country if they leave America to return home on breaks.

In response to this growing concern, Ann Weaver Hart issued a statement to University of Arizona faculty, staff and students on Sunday, January 29, in which she condemned the executive order.