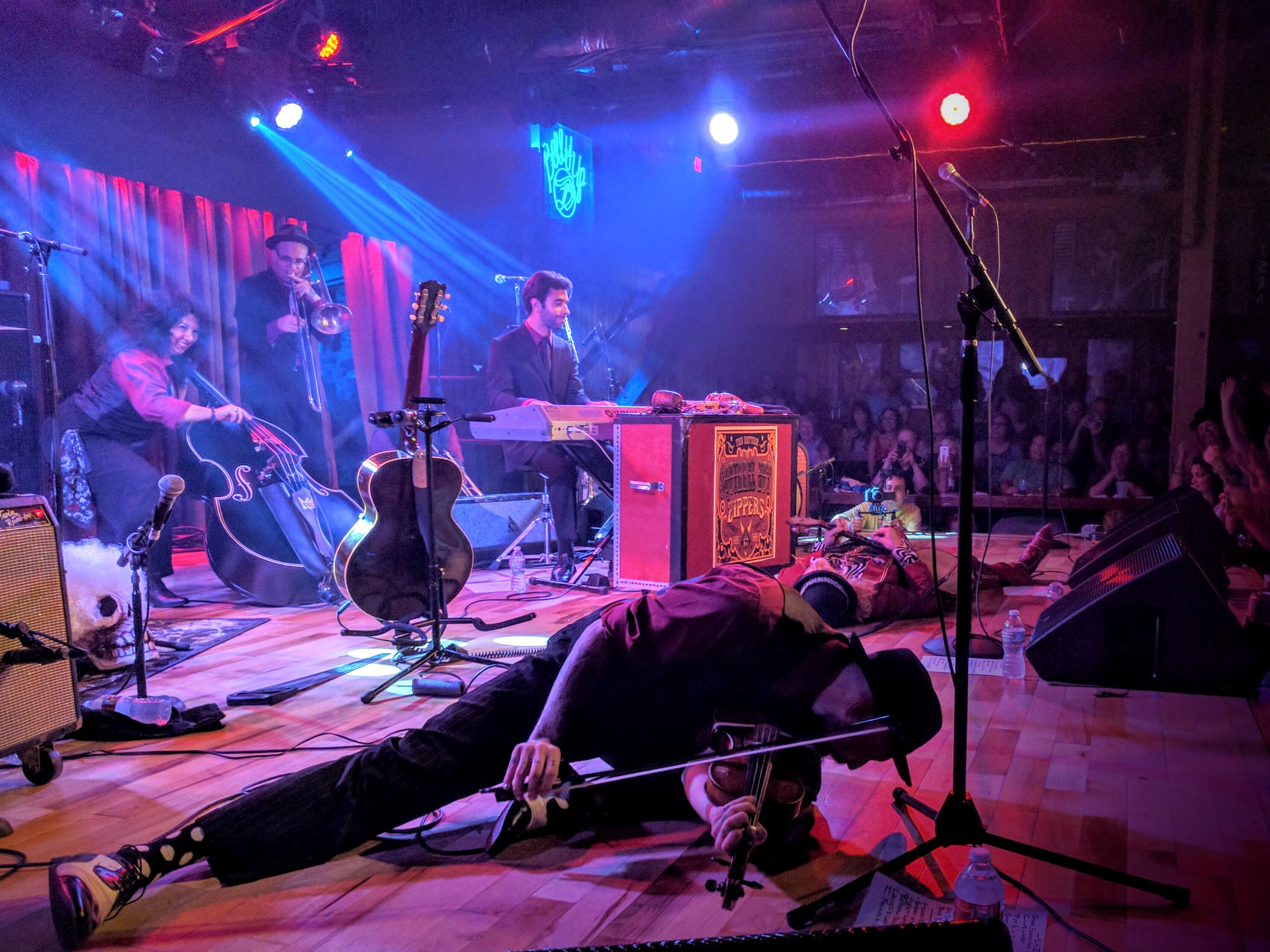 Looking for something to liven up your workweek? Catch a midweek concert at The Marquee Theatre in Tempe!

On Wednesday, March 29, Squirrel Nut Zippers and Ozomatli will team up for a political performance. The two groups have joined forces for their United Together Tour, which will kick off on Tuesday in Tucson and express their discontent with the separatist agenda they feel the Trump Administration is supporting.

The Squirrel Nut Zippers hail from Chapel Hill, North Carolina as a jazz band who have been playing since 1993. Their counterpart is a Los-Angeles based group that performs Latin Funk, Hip Hop and everything in between.

Wednesday’s show will start at 7:30 pm. Tickets are still available and are general admission. Don’t miss your chance to see these two groups demonstrate their musical intuition and their political values at this rocking concert! To purchase your tickets, visit the official Marquee Theatre website!