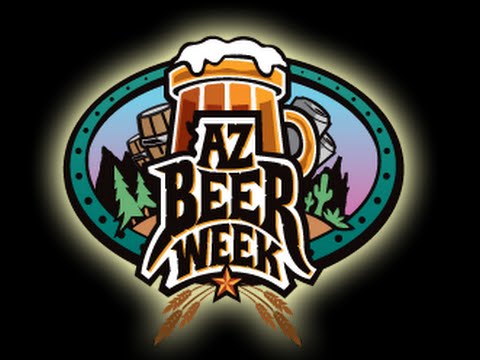 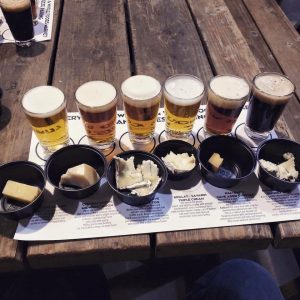 In the seventh year, 2017 will deliver a variety of special craft beer events that you won’t find any other time of the year. There are over 200 events across the state and each brewery, restaurant, hotel or business is responsible for creating their own individual events. Our calendar lists the events produced by each of these. The Guild supports the events that are listed on our calendar. This year, we emphasize craft beer education, the artistry of brewing, and the unveiling of never-before-seen suds. Catch the buzz and book your calendar today.

Here’s a sampling of some the the Arizona Beer Week activities around the state:

The Strong Beer Festival is the premier event and is in it’s 17th year. This festival has been voted “Best Craft Beer Festival” over and over again. It is produced by the Arizona Craft Brewers Guild and features over 120 craft breweries from across the state and region. It is a celebration of beers that are strong in flavor, strong in character and unique. It will be held Saturday, February 11th at Steele Indian School Park in Phoenix. Tickets for this event typically sell out and they are on sale now. Tip: visit your local Fry’s Food & Drug Store to save on 17th Annual Arizona Strong Beer Festival tickets! Purchase Arizona Beer and look for the code on the bottom of your receipt(details in store). #ChooseAZBrews Fry’s is the official retail partner of the festival! #AZBeerWeek#StrongBeer17

The 2nd Annual All-Flagstaff Beer Collaboration takes place Thursday, February 9th. Once again, all 7 breweries in Flagstaff will come together, grab a cold brew, fire up the ol’ HLT, and create some high elevation liquid gold! Just like last year, this beer will be released for AZ Beer Week at each brewery and also a feature at the amazingly delicious ABV dinner at the Flagstaff Legion. This year however, a few little drops will be kissing the inside of an Oak barrel. Get Stoked!

GCB Kicks Off AZBW With Boulders! Join Sam from GCB as we kick off AZBW on Thursday, February 9th with our great friends at Boulders on Broadway, 530 W. Broadway Rd. Tempe. Sam smuggled the very last keg of Spruce Lee (Srong Ale brewed with Spruce tips) and a keg of our Bill Williams Berliner Weisse.

Celebrate AZBW @ The Raven Cafe, 142 N. Cortez Street in Prescott, Thursday, February 9th. Grand Canyon kicks of AZBW at The Raven with K-Dawg and some great beer selections, such as Deep In The Green, Lava Falls Quad, Scotchy Scotch Scotch, American Pilsner, and a cask of Mango Expeditions Wheat. Beers will be on for the duration AZBW ending on 2/19.

In case you’re in need of “hair of the dog” after the first day of Beer Week, hope on over to Bell’s Brewery at Hungry Monk, 1760 W. Chandler Blvd. in Chandler on Friday, February 10th from 7:00am-10:00am for the Hopslam and Donuts Pajama Party. We’ll have Hopslam, we’ll have donuts…all we need is for you to show up in the flyest set of PJs you have to get this party started.  Did we mention this year we’ll have a Pajama contest this for prizes?!  Well that’s happening too and you won’t want to mess around, we’ll have some great stuff to win.  See you bright and early!

There are a whole bunch of other fun and creative events throughout the week, including Girls Scout Cookie & Beer Pairing, a Brewer’s Breakfast, a Hip Hop Party, and even How tok Make Whoopie Pies with Beer event. Click here to view the whole list of beer week events.