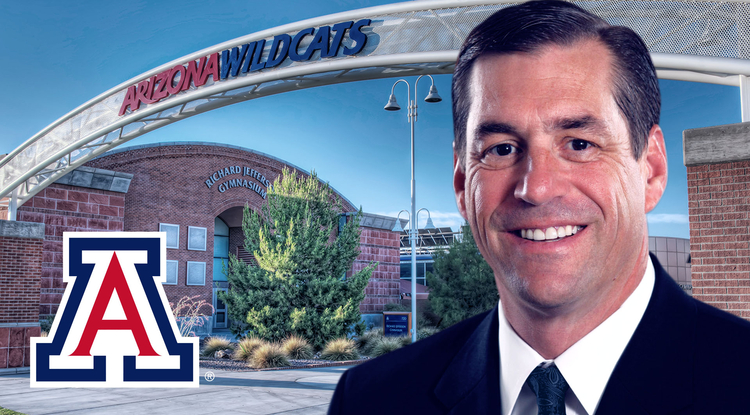 The University of Arizona Wildcats have a new athletic director.

Dave Heeke will assume the position, replacing Greg Byrne who is heading to Tuscaloosa for a position with the University of Alabama.

On Tuesday, the Arizona Board of Regents unanimously approved Heeke’s five-year contract, which outlines his initial base pay of $500,000 per year.

This amount is the second lowest in the Pac-12 division. To access the detailed document outlining the hiring decision and Heee’s contract, visit HERE.

Heeke comes to Arizona following his eleven years as Associate Vie President and Director of Athletics at Central Michigan University. Before that, he spent eighteen years at the University of Oregon.

Current head football coach Rich Rodriguez hopes that the new athletic director will consider the addition of an indoor practice facility and some renovations, something Heeke has encountered during his time at his previous universities.