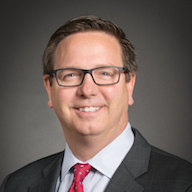 The Board of Directors of United Food Bank has appointed Dave Richins to lead the organization as Interim CEO. Richins officially began his role on March 1, 2017.  One of the East Valley’s legacy organizations, United Food Bank is committed to delivering on the agency’s mission to support its more than 200 partners in feeding hungry people across regional Phoenix and throughout Arizona.

Richins has worked in nonprofit, government and corporate roles. Most recently, he served as a Mesa City Councilmember for District 1, completing two terms. He also worked for Resolution Copper, working with the Government and Community Affairs team performing outreach and education to Congress, the Arizona Legislature and local government. In that capacity, he also worked with local nonprofit organizations to help build their capacity to better serve the community. Richins helped start the West Mesa Community Development Corporation and served as its first Executive Director. He also helped launch the Sun Corridor Legacy Program at the Sonoran Institute, a think tank on western policy issues. Richins holds a Bachelor’s degree in Sustainable Community Development with a minor in Leadership from Prescott College.

“I’m excited to be a part of this team of people dedicated to feeding hungry people and eliminating food insecurity,” said Richins. “I ask for continued support for United Food Bank, with your donations of food and money, and through volunteerism.”

“The Board of Directors is very excited Dave will be leading the organization,” said Jo Martin, Chairwoman of the Board of Directors. “We are confident Dave’s leadership will have a positive impact on the United Food Bank, and as a result he will expand our capacity to feed hungry people.”