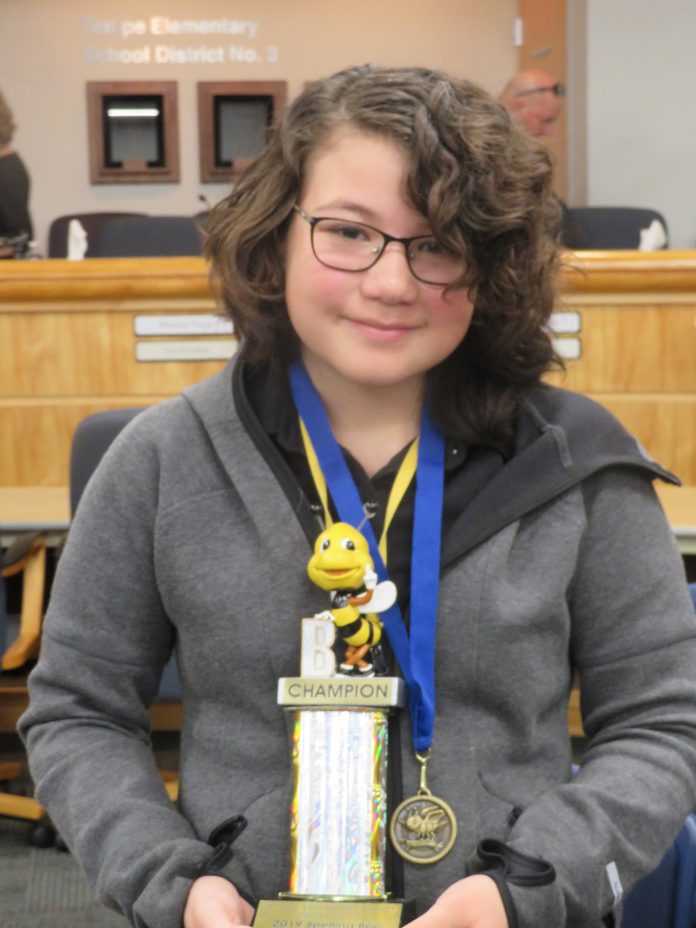 High hopes and some impressive brain power were on display at three elementary school district spelling bees in January. More than 70 children competed in Tempe, Chandler and Gilbert spelling bees, vying for the chance to represent their districts in upcoming regionals as well as the state event.

A few children had to stand on tip-toe to reach the microphone before a moderator stepped in to lower the mike. Some asked for a word’s definition, as the words got progressively harder. The auditoriums were filled with parents and teachers who silently urged them on.

Each of the finalists received a trophy, ribbon and book store gift card from Assistance League of East Valley, which partnered with Arizona Education Foundation to sponsor bees in Tempe, Chandler and Gilbert.

Regional spelling bees are open to the public. The Region 1 bee for Tempe, Kyrene and Mesa will be at 9 a.m. Feb. 24 at Franklin at Brimhall School, 4949 E. Southern, Mesa. The Region 6 bee for Chandler, Gilbert and Higley will be at 10 a.m. Feb. 22 at Williams Field High School, 2076 S. Higley, Gilbert.

All the finalists from each district, not just the champion, will represent their districts in a regional bee. Winners from these events will compete in the 2019 Arizona Spelling Bee on March 23 at Arizona PBS, 500 N. Central, Phoenix.