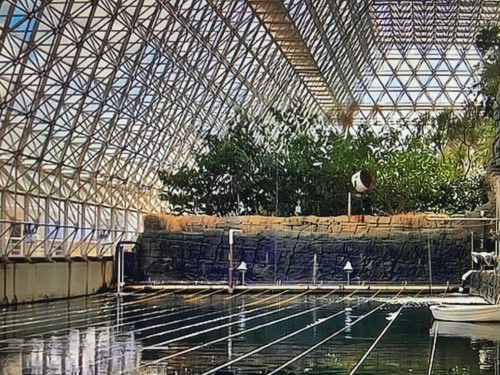 Published April Fools Day 2016 – Tempe, Arizona.  My Local News has learned from top ranking city and state officials that a Biosphere type project is planned to enclose the Tempe Town Lake. The glass domed enclosure is expected to entirely enclose the 225 Acre Lake and be sealed from the outside the outside environment through multiple airlocks. The dome is expected to top out at 2,432 Feet which is almost twice the height of the neighboring Tempe Butte at 1,398 feet.

Sources, who wish to remain anonymous, tell us that the projected construction cost of 2.8 Billion Dollars will be raised by The Industrial Development Authority of the City of Tempe though the use of Revenue Bonds.  Payback of the bonds is expected to come from an admittance fee of $500.00 per person.  Given that some might be sensitive to this charge the Tempe City Council will take up the issue in an Executive Session.  Ideas include a reduction in use charges to $250.00 for Tempe Residents and participants of special events such as the Iron Man. The Iron Man Organization could not be reached for comment however participant Bryan McLaren from Scottsdale, AZ told us that ““I have heard the rumors and am excited to hear that they are true. I especially like the idea of salt-water chlorination for the lake and the introduction of marine species to create a natural oceanic swimming environment.”

In a statement to My Local News  Councilmember Lauren Kuby wrote that she “champions sustainability initiatives, and has been advocating a ban on single-use plastic bags and sees the potential of re-using plastic waste as the main building material for the dome.”  She went on to say “What better way to reduce plastic pollution than to re-purpose it for this iconic biosphere? Conserving water and creating jobs is a win-win, sustainable solution for our community.”

Skeptics, although said to be in the minority, are somewhat skeptical of the City of Tempe’s plan to purchase Carbon Credits to offset the 800 Million Tones of air conditioning required, per day to cool the environment inside the glass dome. Although according to Dave White, Director of ASU Decision Center for a Desert City, “With a biosphere dome over Tempe Town Lake we could take full human control of the water cycle and finally create a rainforest in the desert – the ultimate goal of the earliest settlers of Tempe.” 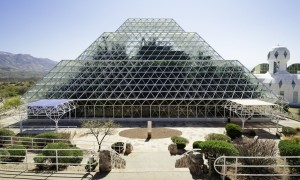 Biosphere 2 located in Oracle Arizona was built in 1991 by Space Biosphere Ventures.  John P Allen, inventor and Executive Director is said to have spent over 200 Million on the project.  The self sustaining environment housed crew members in a closed glass facility between September 26,1991 to September 26,1993.

Arizona State University Design School Director Craig Barton could not be reached for comment about the feasibility of the project.  It was also relayed to us that professors within his department were asked to work with students to come up with conceptual drawings of the proposed structure but would not give their students the opportunity to participate.  The Tempe Town Lake was originally conceptualized by ASU Architectural Students in the 1970’s.