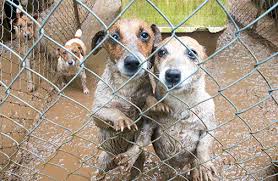 by Nikki Ripley, City of Tempe

Tempe, AZ – Current and future pet stores in Tempe will not be able to sell commercially bred puppies under an ordinance approved unanimously by the City Council on February 11th.

The ordinance takes effect 90 days from its passage.

Councilmembers Lauren Kuby and Kolby Granville studied the issue for months in a City Council working group, soliciting and incorporating input from residents and local and national stakeholders.

Under the ordinance, pet stores in Tempe can sell dogs obtained from non-profit shelters or rescue groups, but not from commercial breeders. Kuby has maintained that commercial breeders are subject to inadequate and under-enforced guidelines established by the U.S. Food and Drug Administration. Reducing the over-population of puppies also will have an impact on euthanasia rates in Maricopa County, she said.

Kuby has unofficially dubbed the ordinance “June’s Law,” after a Tempe resident’s rescued puppy mill dog. That resident, Nicole Galvan, contacted Kuby with the idea for instituting an ordinance in Tempe that would be similar to one that the Phoenix City Council passed in 2013. About 118 cities nationally have similar laws.

“The story of Nicole and June, and the hardships they endured, galvanized us into action,” Kuby said. “I’m proud to live in a city where one person and her dog can make a difference. This is a compassionate, common-sense approach to protecting Tempe consumers and our pets.”