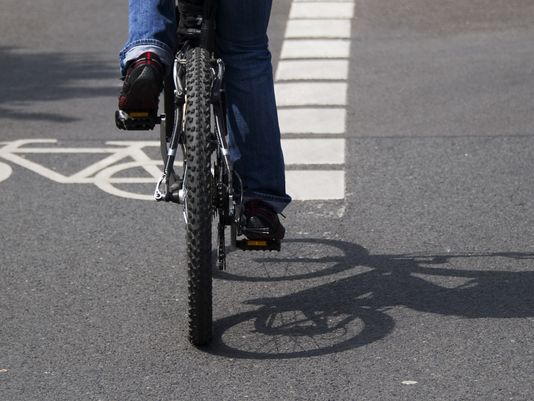 (Tempe, Arizona) – As a forward-looking city, Tempe strives to provide a high quality of life for all of its residents.

Since the Tempe in Motion program was launched over 20 years ago, we have aspired to become a multimodal city that offers Tempeans a variety of ways to get to and from the places that make up their daily lives.

The goal is self-evident: more people walking, taking public transportation or riding bikes reduces the number of cars on the street, easing traffic congestion and pollution.

Bicycle lanes are important to the development of every city. Tempe has over 150 miles of bike lanes criss-crossing from ASU, all the way down south to the Tempe Lakes. This has earned Tempe numerous awards and recognitions as one of the most bike-friendly cities in the country.

We are proud of the bicycle infrastructure that has strongly contributed to making Tempe the best place in the Valley to live, work and raise a family. Bike lanes are necessary because statistics clearly show that riding in a bike lane is safer than is riding on the sidewalk. Bikes and cars can and should share the road.

The removal of a traffic lane on McClintock Drive has been the source of much debate over the past year.

City data shows on average the bike lanes have around a dozen users during peak traffic hours. The challenge we face is how to provide safe spaces for those traveling on bicycles while balancing the 25,000-30,000 automobiles that move north and south on McClintock each and every day.

Many residents have questioned the need for the newer McClintock lanes considering the presence of existing bike-lane options on Country Club Way, Lakeshore and College.

Lack of ridership isn’t the only concern.

Many residents have voiced concerns about traffic delays; the safety of students near and around school zones; increased pollution generated from congestion; and the challenge of being able to comfortably enter and exit surrounding neighborhoods and businesses along McClintock.

The goal of multimodal infrastructure is to make it easier to get around, yet travel times on McClintock have increased. This is particularly evident heading south in the evening during rush hour. For example, data collected in October 2016 showed it took about 65 percent longer to travel from University to Baseline southbound during the afternoon rush hour as compared with February 2014.

The current conditions on McClintock Drive aren’t ideal for motorists or bicyclists. We understand your frustration, and hope to do something about it. We believe the key is to address the concerns of neighbors who travel McClintock Drive by car, while accommodating bike-safety needs.

That is why we’ve directed staff to propose options that will restore the street to its original configuration and maintain a bike lane. There will be upcoming opportunities for public input, and you have our commitment that Council will examine every option carefully.

Please share your thoughts on this issue by emailing [email protected].