An Illinois man is facing charges in the death of his wife after he was recorded on home security footage closing the lid of their hot tub on her, leading to her drowning death.

58-year-old Eric Huska has been charged with involuntary manslaughter after 57-year-old wife Laura Huska was discovered unresponsive at the couple’s residence on Saturday night, according to a news release from police in Wheeling, IL. The news release revealed that authorities had located outdoor home security cameras that recorded the moments leading up to Laura’s death.

The recording apparently shows the couple drinking together in the hot tub before Laura tries unsuccessfully to get out of the tub, become “distressed.” At that point, her husband appears to attempt to help her prior to allegedly pulling the hot tub’s lid over her, partially closing it. The release reports that Laura appears to struggle against the lid, and eventually she stops resisting as her husband walks back into their home.

Ninety minutes later, Huska reappears and opens the hot tub lid to find his wife “floating unresponsive inside the closed hot tub,” according to the release.

Huska’s motive remains unclear, and he called 911 at 6:45 p.m. First responders were unsuccessful in their attempts to revive Laura, and she was transported to a local hospital where she was pronounced dead. An autopsy performed by the Cook County medical examiner found that Laura died fro drowning by entrapment. 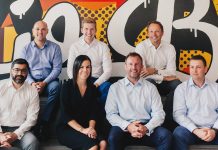 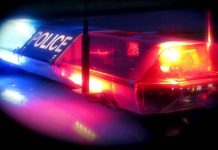 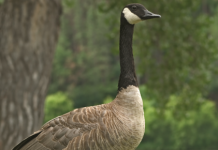