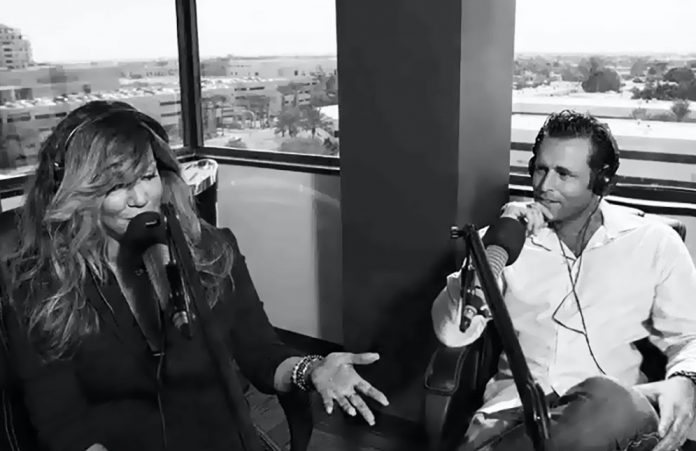 PHOENIX, Ariz. –  It’s not your parents talk radio. It’s “reality radio” — unfiltered, uncensored and 100% real. Airing weekly on KWSS 93.3FM, Phoenix’s #1 independent radio station and now all the time on Star Worldwide Networks, The Venus Vault is the only radio show of it’s kind celebrating women – a show that’s by women, for women and all about women.

Created by renowned Life and Relationships coach and author Syndeelou Jones, The Venus Vault is a weekly 60 minute talk show featuring a mix of lively guests that come together ‘in the vault’ to bare it all and explore hot topics, current events and the issues affecting women today. From celebrities to comedians to entrepreneurs to musicians and buzzworthy experts, each week The Venus Vault assembles a roundtable of big names and even bigger personalities to bring a healthy dose of entertainment and enlightenment to the airwaves. The Venus Vault is all about empowering women, spreading love, and bringing love into just about every area of your daily life.

The show is co-hosted by popular Phoenix radio personality Craig Matthew, who brings an essential ‘Guy’s Perpective’ to the show, along with a healthy dose of testosterone. Together, Jones and Matthews hilariously examine taboo and not-so-taboo topics that impact both men and women. The Venus Vault is broadcast locally on KWSS 93.9 in Phoenix and around the globe in partnership with Star Worldwide Networks, a portal for online radio programming founded by radio icon Dave Pratt.

“We live in a time where it is more important than ever to feel safe, comforted, to laugh out loud, and to be kind to one another. Our show is fun, humorous and entertaining, but it also serves to be a thoughtful and loving voice that guides a path towards personal enlightenment for both men and women. The Venus Vault is a place women can go when they need a coach, a guide or just a friend. We cover all the issues – even the taboo ones. Just like in our real lives, nothing is off limits when The Venus Vault is on the airwaves,” she said.

With a dynamic on-air personality and a voice that’s cozier than a warm blanket, Syndeelou Jones has had a multidimensional career as a successful entrepreneur and public speaker and has a background in environmental living, writing, music and over twenty years in the entertainment industry. Syndeelou went from working with A-list celebrities to running successful businesses to formulating her radio career at KXXT in Phoenix, Arizona as co-host of “The Charlie Gracey Hour”, a local business talk program. A familiar voice on the Arizona airwaves, Syndeelou anchored and produced a number of popular segments including “Deals of the Week and “Green Tips.” From there, Syndeelou joined community radio station Radio Phoenix, where she first developed The Venus Vault in 2013.

Through her radio program, she has been able to give voice to issues that are relevant to women, spotlight hardworking entrepreneurs, and introduce up-and-coming musicians, emerging artists and other colorful characters to the public. Syndeelou, co-host Craig and The Venus Vault’s cast of hilarious guest hosts have quickly captured a devoted following with an audience that continues to grow worldwide. Venus has landed in the form of the uniquely feminine and hilarious Syndeelou Jones.

Regular segments of the show include “Host Chat”, an open conversation covering the Topic of The Week. Every topic is geared toward supporting and enlightening their listening audience, “The Naked News”, covering the silly, absurd and outrageous things that people do each week around the world; “Celebrity Gossip”, bringing listeners up to date on what’s new with pop culture icons; “The Man Panel” answers listeners questions who are seeking an honest male perspective, and “Love Line”, where Syndeelou along with her guests take listeners calls and offer advice on their love and lifestyle questions.

The Venus Vault invites informed and fascinating guests to be a part of the show for interview segments every week. The Venus Vault books regular guests for in-studio taped segments for each show, and frequently features women in the community who are inspiring others with their entrepreneurial success, or spreading love and making a difference through non-profit work and philanthropy,

The Venus Vault Show airs nationwide, but you can find it locally, every week on Sunday mornings at 11am on KWSS 93.9 FM. Stream all their episodes any time on Star Worldwide Networks:

For more information on The Venus Vault visit www.thevenusvault.com.