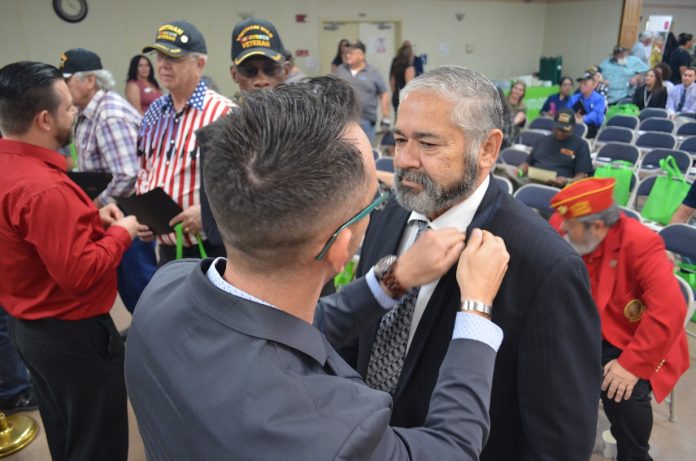 Humana, a leading health and well-being company, is hosting a Vietnam War Commemoration Veterans Pinning Ceremony in partnership with American Legion Earl E. Mitchell Post #29 on Tuesday, Oct. 1, from 10 a.m. to 1 p.m. at the post’s Bingo Hall, 6821 N. 58th Avenue, Glendale, AZ  85301. Veterans who served on active duty in the U.S. Armed Forces between Nov. 1, 1955, and May 15, 1975, regardless of location, are eligible to participate in the ceremony, as well as the surviving spouses of these veterans.

Humana is a Commemorative Partner for the Vietnam War Commemoration, a federal program, and is proud to support and salute Vietnam veterans.  Local Vietnam veterans and surviving spouses interested in participating are asked to RSVP to ensure enough pins are available. To RSVP, or for more information, call Humana at (602) 760-1856 (TTY: 711), Monday through Friday 8 a.m. to 5 p.m.

Several area veterans organizations will have representatives on site for a free veterans health and service fair following the pinning ceremony.

The President and Congress established the Vietnam War Commemoration program to commemorate the 50th anniversary of the Vietnam War, and to thank and honor Vietnam veterans.

According to the Department of Veterans Affairs, 9 million Americans served on active duty in the U.S. Armed Forces during the Vietnam War; approximately 7 million are living today.

To reach these large numbers, the program has enlisted the assistance of many thousands of Commemorative Partner organizations at the local, state and national levels to conduct pinning events and activities that recognize Vietnam veterans and their families in their local communities.

For more on the program, visit www.vietnamwar50th.com.