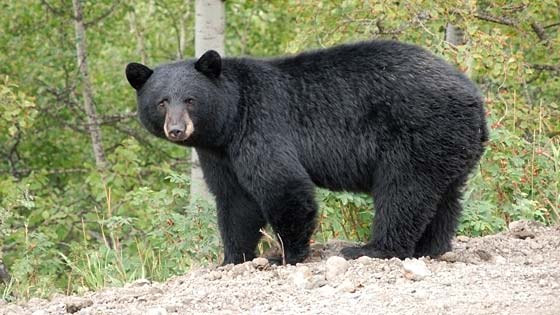 On Sunday, state wildlife officers shot and killed a black bear that had been approaching hikers since September, raising alarm for the safety of outdoor enthusiasts in the region.

The female bear weighed nearly 175 pounds and was shot at Josephine Saddle along the Old Baldy Trail above Madera Canyon.

The bear had been menacing hikers and campers in the Santa Rita Mountains, which lie south of Tucson,  since September. The reported sightings and incidents with the bear culminated this weekend when the animal came within 25 feet of a group of hikers.

The officials were confident the female bear was the same animal that approached other hikers in the past weeks, and say that, in this particular incident, the bear charged the hikers, coming within 10 feet of them and rearing up on her hind legs. One hiker lost a backpack to the bear, and another used pepper spray to scare the creature off.

Officials were able to determine the identity of the bear by studying photos and videos taken by other hikers. The bear was killed after they determined it had lost its fear of humans and now associated their presence with foods. On several occasions, hikers reported seeing the bear come close to them, sometimes stealing their backpacks.

Hikers are always encouraged to report any unusual animal sightings, especially bear sightings, to the Game and Fish Department in order to ensure public safety.