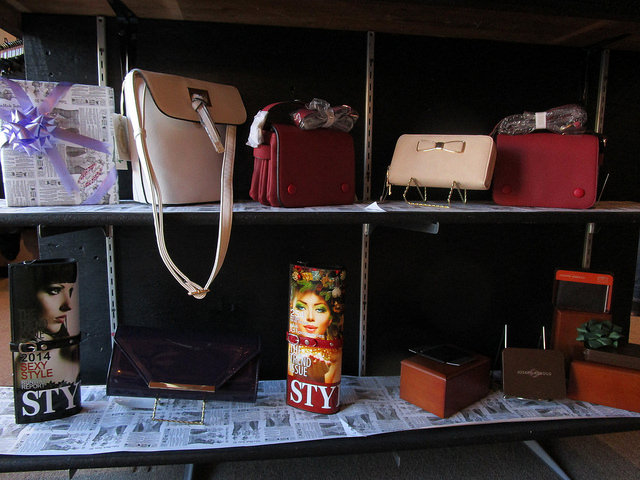 Douglas, Arizona, is not famous for ravishing nightlife, Kitsch and Sophisticát, or anything metropolitan. 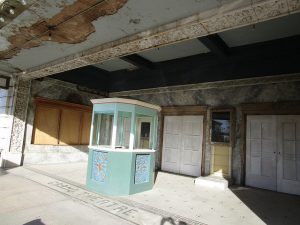 Strolling down the 3 blocks on G Avenue which comprise “Downtown”, it’s nigh impossible not to register that businesses are not surviving.  Storefronts and whole buildings sadly line the street, not quite crumbling, but in noticeable state of disrepair.

Sitting off the main thoroughfare directly across from Douglas Public Library on 10th Street, 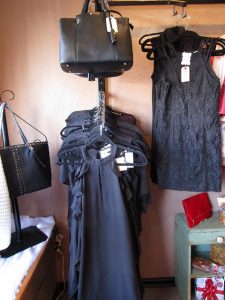 a most charming lady’s boutique welcomes those of us who love That Perfect Little Black Dress, the one esthetic clutch or purse that dresses us up in our blue jeans, those pieces of jewelry which feel like they were meant to be ours.

Ana Altamirano herself exudes warm grace and style, and they radiate throughout her boutique and reflect in the soft background music, the permeating of herbs and flowers scent, and especially in the fashion.

Sustaining a business in that dwindling border town has eluded many, and Ana admits that since opening Son Paises exactly 3 years ago, in February 2014, she has prevailed through some very despairing months. 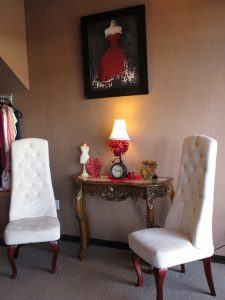 A native resident of Douglas, Ana has watched the shops and people move onto bigger and better things.  Having a background in professional marketing and being no stranger to determined hard work and commitment to success, she opened her boutique despite the economic decline.

To celebrate the boutique’s first anniversary, Ana hosted a Lady’s Day Out Luncheon at the Gadsden Hotel.  She decided to keep it manageable and limited tickets to 100, and they sold out between Douglas and Agua Prieta.  It was a grand affair with lunch and a luscious desert table (compliments from the Gadsden), with a dj and a band and a solo artist, with frequent breaks for raffles and giveaways, all infused with plenty of dancing, laughter, and merriment. 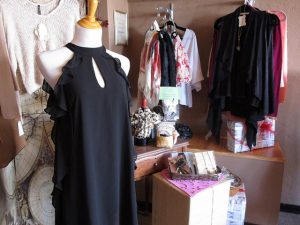 Professional and aspiring models from Mexico and the US showed off high fashion cocktail pieces and the more sleek, relaxed styles – all available at the boutique.

Then last year in October, Ana was hit by a particularly bad slump.  Her boutique barely survived while other businesses closed, but her resolve was tested almost to the point of folding.  That month, Ana’s mother passed from this world to the next, and before she transitioned, she gave her final admonishment: “You’re not throwing in the towel!  You’ve come too far to give up now!  You keep going!”  And you know, when your mother gets adamant, you gotta listen.  The boutique has stayed open, and Ana infuses her heart, soul, and fashion sense into Son Paises. 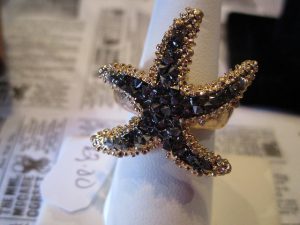 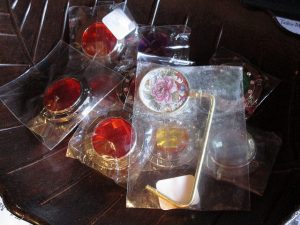 and something new to me: purse hooks.  Ana sells Pink Ribbon items and donates 50% of those proceeds to the charity.  Gift wrapping comes free with purchase, and gift certificates are available for givers who prefer to present recipients with their own shopping pleasure. 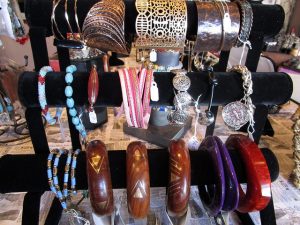 Ana has a personal affinity for jewelry from different countries, particularly pieces from India, and she orders plenty of accessories from faraway places.  Hence the name of her boutique, “Son Paises,” which translates to “From (Other) Places”.  Ana’s vision for the boutique reaches past merely selling pretty clothes; she aims to create a brand, a trademark – symbolic of women’s universal love of beauty, femininity, and sophistication.

This year, Ana is hosting another Lady’s Day Out Luncheon to celebrate the boutique’s 3rd anniversary, albeit a little later than the actual calendar date.  It will be hosted again at the Gadsden, and a note for Cochise County Social Crowd – the Gadsden Hotel reopened under new ownership last December (2016), and they have effected cosmetic and other changes, 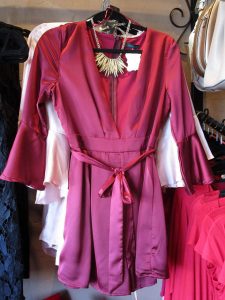 one being a dedicated wine bar and lounge opening later this month on the roof patio – gives us a place and a reason to wear the gorgeous cocktail dresses we get from Son Paises!

Congratulations to Ana and Son Paises on your 3rd Anniversary, and wishing both continued success and growth!  Thanks for dressing up Douglas, Agua Prieta, and surrounding!