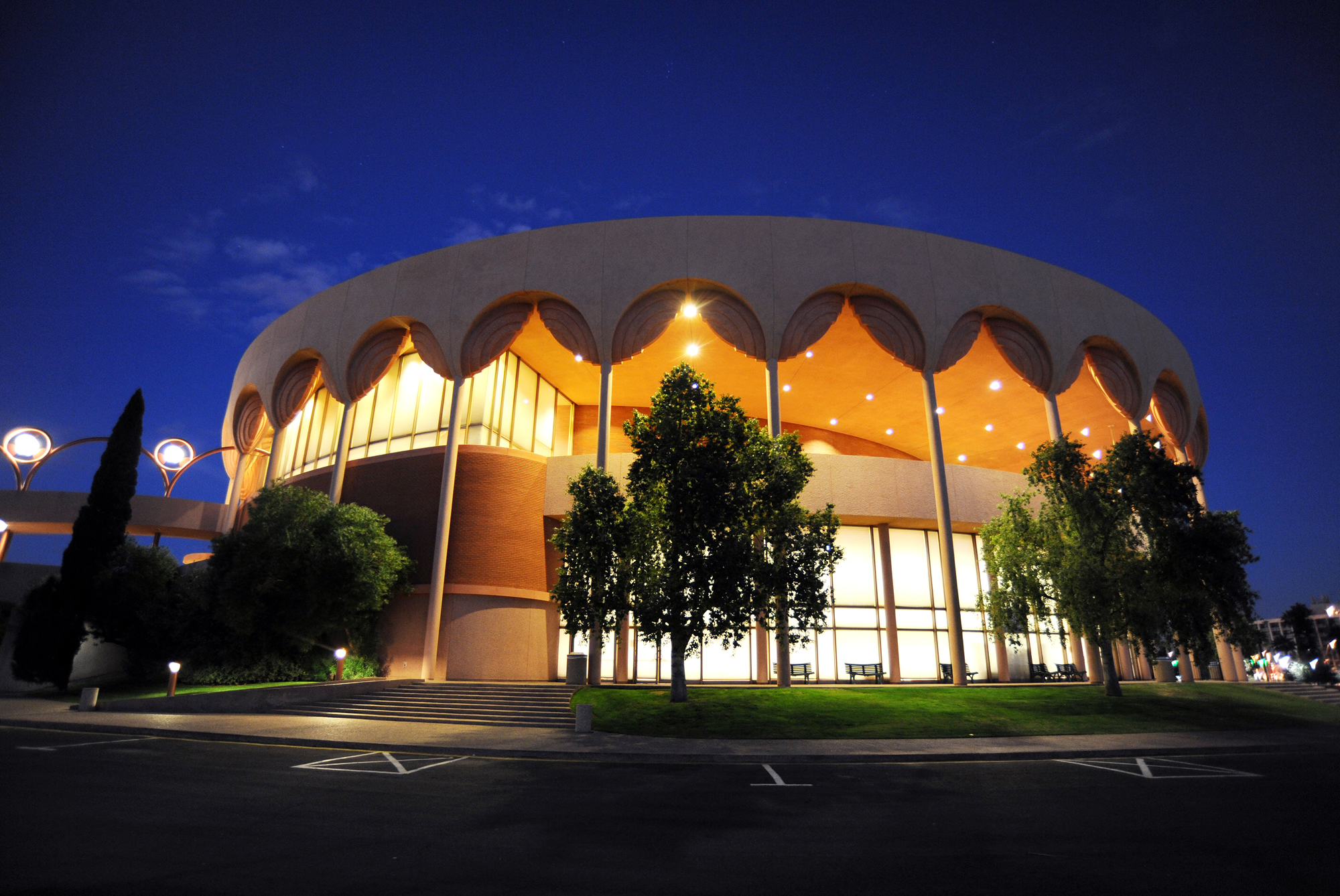 Single tickets for ASU Gammage 2016-2017 Desert Schools Broadway Across America/Arizona season including BEAUTIFUL – THE CAROL KING MUSICAL and AN AMERICAN IN PARIS are set to go on sale September, 12 at 10 a.m. at the ASU Gammage box office, asugammage.com and ticketmaster.com.

On sale also includes; MAMMA MIA!, THE ILLUSIONISTS, MATILDA -THE MUSICAL, FINDING NEVERLAND and THE CURIOUS INCIDENT OF THE DOG IN THE NIGHT-TIME.

In its 26th season, the Desert Schools Broadway Across American-Arizona series at ASU Gammage is the largest theatrical subscription series in the state of Arizona and the most successful Broadway series in the country. There’s still time to purchase 2016-2017 season subscriptions which offers great value – with seven shows starting at $145. It also guarantees your place in line for the 2017-2018 Broadway season that includes the Tempe engagement of HAMILTON.

BEAUTIFUL – THE CAROLE KING MUSICAL
NOVEMBER 22-27, 2016
BEAUTIFUL – The Carole King Musical tells the Tony® and Grammy® Award-winning inspiring true story of King’s remarkable rise to stardom, from being part of a hit songwriting team with her husband Gerry Goffin, to her relationship with fellow writers and best friends Cynthia Weil and Barry Mann, to becoming one of the most successful solo acts in popular music history. Along the way, she made more than beautiful music, she wrote the soundtrack to a generation.

MAMMA MIA!
DECEMBER 6-11, 2016
MAMMA MIA! is the ultimate feel-good show that has audiences coming back again and again to relive the thrill. Now it’s your turn to have the time of your life at this smash-hit musical that combines ABBA’s greatest hits, including “Dancing Queen,” “S.O.S.,” “Super Trouper,” “Take A Chance on Me” and “The Winner Takes It All,” with an enchanting tale of love, laughter and friendship. Whether it’s your first visit or your fourteenth, see the show that has the whole world coming back for more, because every time feels like the first time at MAMMA MIA!.

THE ILLUSIONISTS™ – LIVE FROM BROADWAY
JANUARY 17-21, 2017
Direct from Broadway, the world’s best-selling magic show is coming to Tempe.
THE ILLUSIONISTS™ – LIVE FROM BROADWAY™ has shattered box office records across the globe and dazzles audiences of all ages with a powerful mix of the most outrageous and astonishing acts ever to be seen on stage. This non-stop show is packed with thrilling and sophisticated magic of unprecedented proportions.

MATILDA THE MUSICAL
FEBRUARY 7-12, 2017
TIME Magazine’s #1 Show of the Year! Winner of 50 international awards, including four Tony Awards®, MATILDA THE MUSICAL is the story of an extraordinary girl who, armed with a vivid imagination and a sharp mind, dares to take a stand and change her own destiny. Based on the beloved novel by Roald Dahl, MATILDA continues to thrill sold-out audiences of all ages on Broadway, in London’s West End, and in Sydney, Australia. The Wall Street Journal says, “The makers of MATILDA have done the impossible – triumphantly! It is smart, sweet, zany and stupendous fun.”

FINDING NEVERLAND
MARCH 14-19, 2017
FINDING NEVERLAND is Broadway’s biggest new hit and the winner of Broadway.com’s
Audience Choice Award for BEST MUSICAL! This breathtaking smash “captures the kid-at-heart” (Time Magazine). Directed by visionary Tony® winner Diane Paulus, FINDING NEVERLAND tells the incredible story behind one of the world’s most beloved characters: Peter Pan. Playwright J.M. Barrie struggles to find inspiration until he meets four young brothers and their beautiful widowed mother. With a little bit of pixie dust and a lot of faith, Barrie leaves his old world behind for Neverland where nothing is impossible and the wonder of childhood lasts forever. The magic of Barrie’s classic tale springs spectacularly to life in this heartwarming theatrical event. FINDING NEVERLAND is “far and away the best musical of the year!” (NPR).

AN AMERICAN IN PARIS
APRIL 18-23, 2017
AN AMERICAN IN PARIS is the new Tony Award®-winning musical about an American soldier, a mysterious French girl and an indomitable European city, each yearning for a new beginning in the aftermath of war.
Acclaimed director/choreographer and 2015 Tony Award® winner Christopher Wheeldon brings the magic and romance of Paris into the perfect harmony with unforgettable songs from George and Ira Gershwin in the show that earned more awards than any other musical in the 2014-2015 season!
The New York Times raves “An American in Paris is a triumph! Pure joy!” and the Wall Street Journal declares, “Once you’ve seen it, you’ll find it hard to settle for less ever again.”

THE CURIOUS INCIDENT OF THE DOG IN THE NIGHT-TIME
JUNE 20-25, 2017
THE CURIOUS INCIDENT OF THE DOG IN THE NIGHT-TIME, winner of five 2015 Tony Awards® including BEST PLAY, is coming to Tempe as part of the 16/17 season! Hailed as “One of the most fully immersive works ever to wallop Broadway” by The New York Times, this “dazzling” (Associated Press) adaptation is the Tony Award®-winning new play by Simon Stephens, adapted from Mark Haddon’s best-selling novel and directed by Tony winner Marianne Elliott. Fifteen-year-old Christopher has an extraordinary brain; he is exceptionally intelligent but ill-equipped to interpret everyday life. When he falls under suspicion for killing his neighbor’s dog, he sets out to identify the true culprit, which leads to an earth-shattering discovery and a journey that will change his life forever.
Single ticket sales for CABARET, THE SOUND OF MUSIC and THE BOOK OF MORMON are already on sale.
CABARET
SEPTEMBER 13-18, 2016
Direct from Broadway, the acclaimed masterpiece returns to Tempe! The critically acclaimed and award-winning Roundabout Theatre Company is proud to present Sam Mendes (Skyfall, American Beauty) and Rob Marshall’s (Into the Woods and Chicago, the films) Tony Award®-winning production of CABARET.
Come hear some of the most memorable songs in theatre history, including “Cabaret,” “Willkommen” and “Maybe This Time.” Leave your troubles outside – life is beautiful at CABARET, John Kander, Fred Ebb and Joe Masteroff’s Tony-winning musical about following your heart while the world loses its way.

THE SOUND OF MUSIC
OCTOBER 18-23, 2016
THE HILLS ARE ALIVE!
A brand new production of THE SOUND OF MUSIC, directed by three-time Tony Award® winner Jack O’Brien, is coming to ASU Gammage. The beloved musical story of Maria and the von Trapp Family will once again thrill audiences with its Tony®, Grammy® and Academy Award® winning Best Score, including “My Favorite Things,” “Edelweiss” and the title song.
THE SOUND OF MUSIC enjoyed extraordinary success as a live television production when “The Sound of Music Live!” aired on NBC in December, 2013 and was seen by over
44 million people. 2015 marked the 50th anniversary of the film version, which continues to be the most successful movie musical in history.

THE BOOK OF MORMON
MAY 18-28, 2017
The New York Times calls it “the best musical of the century.” The Washington Post says, “It is the kind of evening that restores your faith in musicals.” And Entertainment Weekly says, “Grade A: the funniest musical of all time.” Jimmy Fallon of The Tonight Show calls it “Genius. Brilliant. Phenomenal.” It’s The Book of Mormon, the nine-time Tony Award®-winning Best Musical.
This outrageous musical comedy follows the misadventures of a mismatched pair of missionaries, sent halfway across the world to spread the Good Word. Now with standing room only productions in London, on Broadway, and across North America, THE BOOK OF MORMON has truly become an international sensation. Contains explicit language.
Tickets available by phone at 800.982.ARTS (2787) or online at ticketmaster.com and asugammage.com