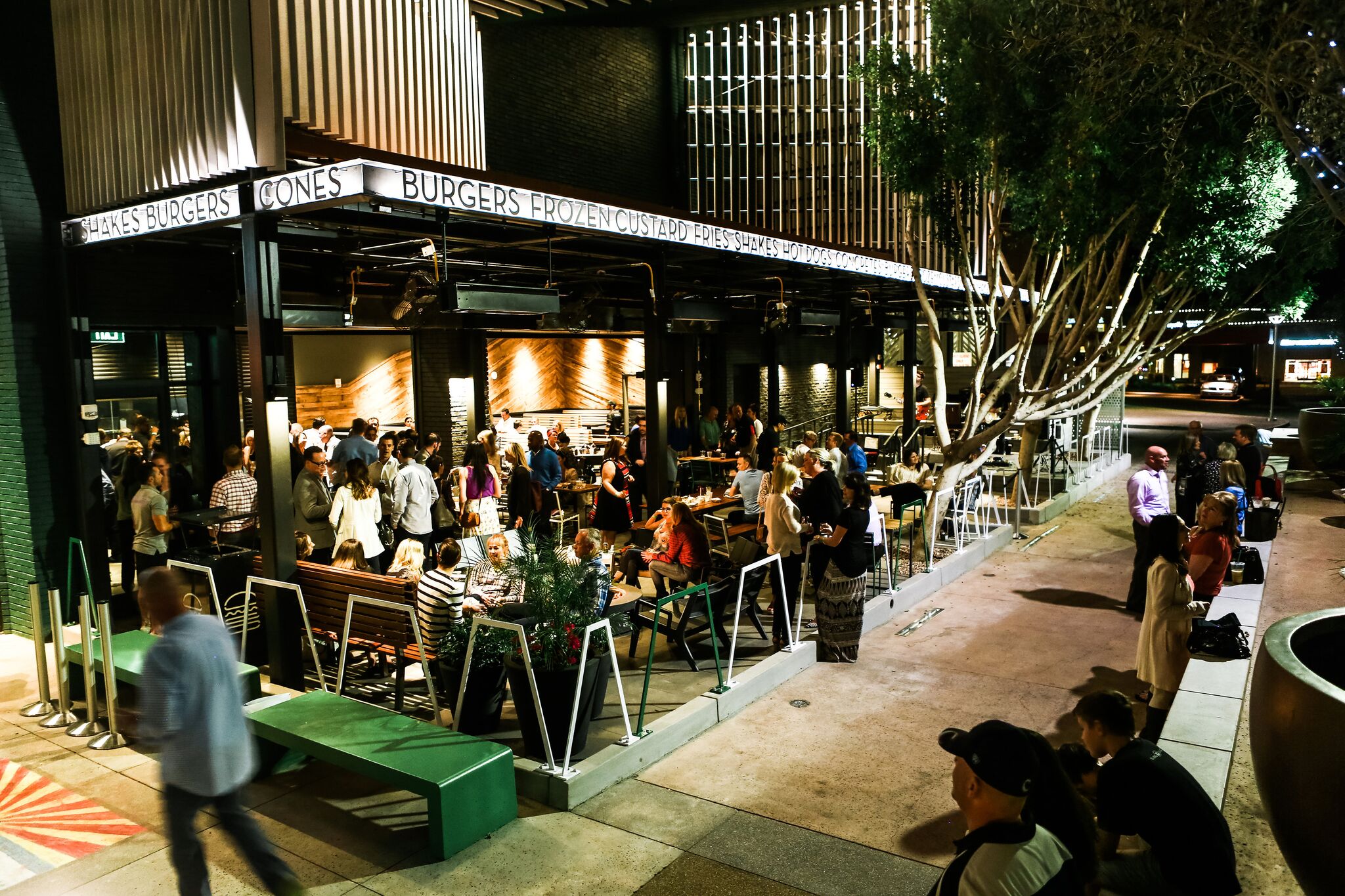 Shake Shack kicks off its monthly Shack Sounds concert series on February 23rd, featuring live performances by top local bands curated by the McDowell Mountain Music Festival along with a tasty and easy dining option: burgers and $4 Huss Brewing Co. pints. Come join us for the food, the fun and of course the music!

Who: Local Music Lovers, Festival fans, and anyone else looking to savor some tasty tunes at Shake Shack this winter and spring

Where: Shake Shack Scottsdale (on the patio)

Shake Shack is a modern day “roadside” burger stand known for its 100% all-natural Angus beef burgers and flat-top Vienna beef dogs (no added hormones and no antibiotics ever), 100% all-natural cage-free chicken (no antibiotics ever), spun-fresh frozen custard, crinkle cut fries, craft beer and wine (available at select locations) and more. With its fresh, simple, high-quality food at a great value, Shake Shack is a fun and lively community gathering place with widespread appeal. From its premium ingredients and caring hiring practices to its inspiring designs and deep community investment, Shake Shack’s mission is to Stand For Something Good®. Since the original Shack opened in 2004 in NYC’s Madison Square Park, the company has opened multiple locations in 16 states and the District of Columbia, as well as international locations including London, Istanbul, Dubai, Tokyo, Moscow and more.

About the McDowell Mountain Music Festival

McDowell Mountain Music Festival is a 100% nonprofit music festival that was established in 2004 and quickly became a musical destination for festivalgoers. This year, the Festival is celebrating its 14th year attracting visitors to the State with previous headliners such as Beck, Porter Robinson, Kid Cudi, The Avett Brothers, and more. In a commitment to giving back, M3F has adopted a 3 C’s mission – community, culture, and charity. These 3C’s fuel the Festival’s underlying dedication to local Arizona. In spirit of this belief, all of the proceeds from the Festival benefit two local, family-based, non-profits: Phoenix Children’s Hospital Foundation and UMOM New Day Center. McDowell Mountain Music Festival is a great opportunity to experience the spirit cultivated when people join together to enjoy themselves and help the community. Visit mmmf.com to learn more.