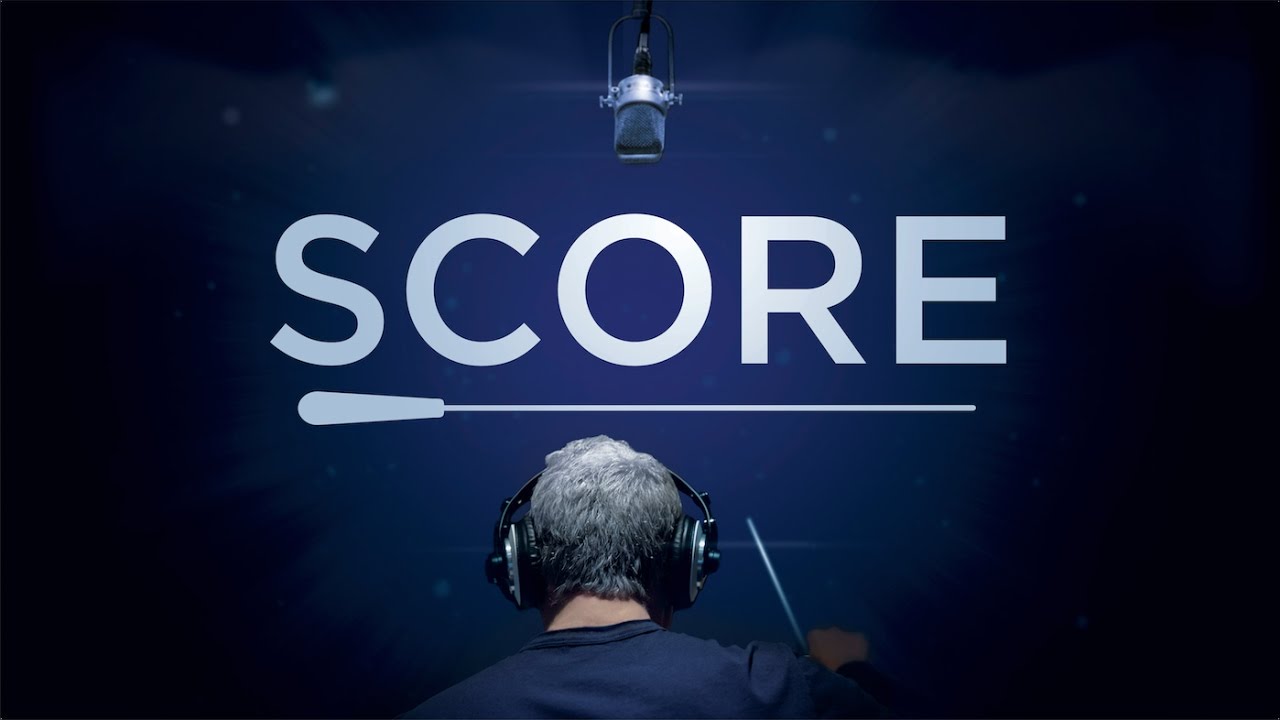 Last week I wrote about an amazing film I saw at the 2017 Sedona Film Festival and just wanted to update our readers that SCORE: A Film Music Documentary won the Marion Herrman Excellence in Filmmaking Award, one of the 2017 Director’s Choice Awards. Congratulations to the entire team who put this fascinating and educational film together!

As a rule, My Local News typically does not publish local news items outside their respective cities and towns, but considering the international appeal of this event and the benefit of sharing it with movie lovers around the state, I thought you might like to know which independent films earned awards at this year’s Sedona Film Festival:

For those who missed last Thursday’s editorial column on the two independent films I most enjoyed at the Sedona Film Festival (including SCORE), here it is:

This past weekend I was fortunate enough to attend the Sedona Film Festival for the first time, which continues through this coming Sunday. My good friend Paula Woolsey, who secures all of the donated wine for the festival via Cellar Door Unhinged, graciously allowed me to tag along with her to some of the movies, after-parties and kick-off concert. If you’ve never attended a film festival, I would encourage you to put it on your to-do list. It was an amazing mélange of creative films illuminating extremely diverse topics, all of them independently produced, many entertaining and educational to the point where you walk out of the theater with a changed view of the world.

Of the movies I saw, two really grabbed hold of me. One of them was a 23-minute narrative short film that ran prior to the scheduled feature called My Mom and the Girl, starring Valerie Harper. It portrayed the story of one family’s struggle in supporting an aging mother with Alzheimer’s disease and how despite our imperfections and differences, we can still lift one another up in the most unlikely ways. Alzheimer’s took my own mother, and the day before I saw this film it was the one year anniversary of her death. Fortunately, I had a kind friend sitting next to me who knew this and gently grabbed my hand and held it for the duration of the film. It was very hard to watch and I fought back tears the entire time. But this was a film that touched just about everyone in the audience; we all know someone affected by this disease. 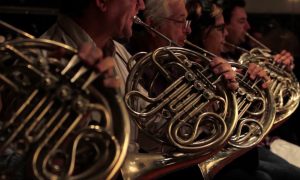 The second film was one of the most captivating and educational documentaries I’ve seen in a long time. It was called SCORE: A Film Music Documentary. The festival’s synopsis describes it as a film that explores film music as an art form and breaks down the anatomy of a compelling major motion picture score, and uncovers the passion and raw talent required to write a score that echoes in moviegoers’ heads for decades. It was absolutely, positively fascinating and extremely well-produced. At one of the festival’s evening parties, I was lucky enough to chat a bit with the film’s producer and director of photography, Kenny Holmes. He agreed to do a Q & A with me:

Nancy: Kenny, thank you for sharing this amazing film at the Sedona Film Festival. I learned so much and it was tremendously entertaining to watch. I was impressed at the number of well-known musical composers you included and how you captured the unique signature and artistry each composer brings to a film score. I was equally blown away at how a room full of talented studio musicians can actually sight-read these tremendously complex film scores. The audience was enthralled and the predominant reaction was, “I will never view a film the same way again.”  How did you come up with the idea for this film?

Kenny: The idea first came from our Director Matt Schrader. He had always been a film music fan and was watching one of those short 2-3 minute featurettes on a blu-ray about Thomas Newman. It left him wanting more. He looked online to try and find a documentary on the subject as a whole and was surprised to find that it hadn’t been done. He waited a couple years, checking periodically, hoping one would pop up. It didn’t happen. So he thought maybe he’d give it a try. He called up a longtime friend and college classmate, Trevor Thompson, and they began drafting out the idea. That was the initial evolution of SCORE.

Nancy: From concept to creation, what did you have to do to put this documentary together? How many people were involved?

Kenny: It started with 4 of us: Matt Schrader (Director), Trevor Thompson (Producer), Jonathan Willbanks (Producer of Marketing and Distribution), and myself (Dir. of Photography). In the beginning, it was a lot of calling and waiting, calling and waiting… These composers take on so many jobs, sometimes 5 or 6 projects in a year, and their free time is very limited. Many of them wanted to take part, but it was more of a question as to when. When we finally started to gain momentum and get interviews booked in the calendar, it became pretty obvious that we needed more help. We then brought on our brilliant team members Co-DP and Producer Nate Gold, Producer Lincoln Bandlow, Producer and former head of Fox Music Robert Kraft, Associate Producer Crystal Chavarria and a few other amazing camera ops and associate producers to help us move forward. It was a small group of really dedicated people that wore many hats to make this film.

Nancy: One thing that struck me in watching the film is this is a whole sub-industry within the film industry that perhaps flies under the radar of most people. After seeing it, some young and talented musicians might even consider something like this as a career. Do you have any plans to promote this film for music education? 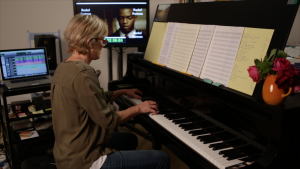 Kenny: It’s been a real privilege for us to see so many young musicians interested in film composing. This is a field that is becoming more and more accessible, with more media and entertainment in the world than ever before. We really wanted to illustrate how inspiring film music can be, and it was rewarding to hear from both teachers and students early on during production. We’ve also started to think about resources for students that will encourage them to continue their educations in music and follow their passion. This experience working with leading film composers has proven to us that following that passion can achieve really special and rewarding things.

Nancy: In the age of doing things digital, it seems this film is in many ways a nod to real, musician and instrument-created sound. Was that your intention? 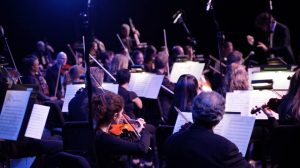 Kenny: Oh absolutely, the musicians involved with filmmaking are a rare breed. Technology has definitely helped speed up the process with writing and being able to hear ideas in real time, but any composer who has the budget and option to use live musicians will always take it. There really is no comparison. When it comes to their skill level, let’s just say the studio musicians don’t get much practice before it’s time to record on the sound stage. It really is incredible to see and hear. Watching some of the world’s best composers and musicians work firsthand was a life-changing experience for our team. I’m so glad we are able to share it with the world.

Nancy: What is your day job? How on earth did you find the time, passion and energy to do this?

Kenny: I am a photojournalist for NBC in Los Angeles. Planning was a huge part of making SCORE work. I work nights at my job, so we tried to plan most of the shoots in the morning or on weekends. The goal was to have as many of us available on each shoot as possible. It became a lot easier when we brought Nate on board. We did run into a few shoots where Nate or myself were alone running 3 or 4 cameras and audio by ourselves, but that’s independent film! If someone became available to interview last minute, we just had to make it work. When editing started, Matt and I sacrificed a lot of sleep. We were often discussing things at 4 or 5 in the morning. I saw many sunrises through my office window while editing SCORE and I would absolutely do it all over again.

Nancy: When will the film be out in theaters? Will you be returning to Arizona where general audiences can view the film? 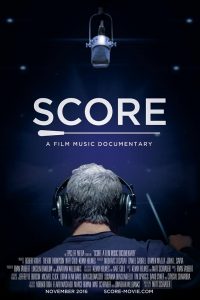 Kenny: We’re excited to partner with Gravitas Ventures for our theatrical release at the end May. The date may shift by a week or so, but we will have regular updates on our website http://www.score-movie.com and our Facebook page http://www.facebook.com/score-movie.

Kenny: Crowdfunding was the lifeblood of this project. Without our Kickstarter and Indiegogo backers, SCORE wouldn’t be what it is today. We had more than 2000 backers from almost 50 countries around the world support us. When we saw the worldwide response, it definitively proved to us that this is a film that needed to be made. We can’t thank our supporters enough! 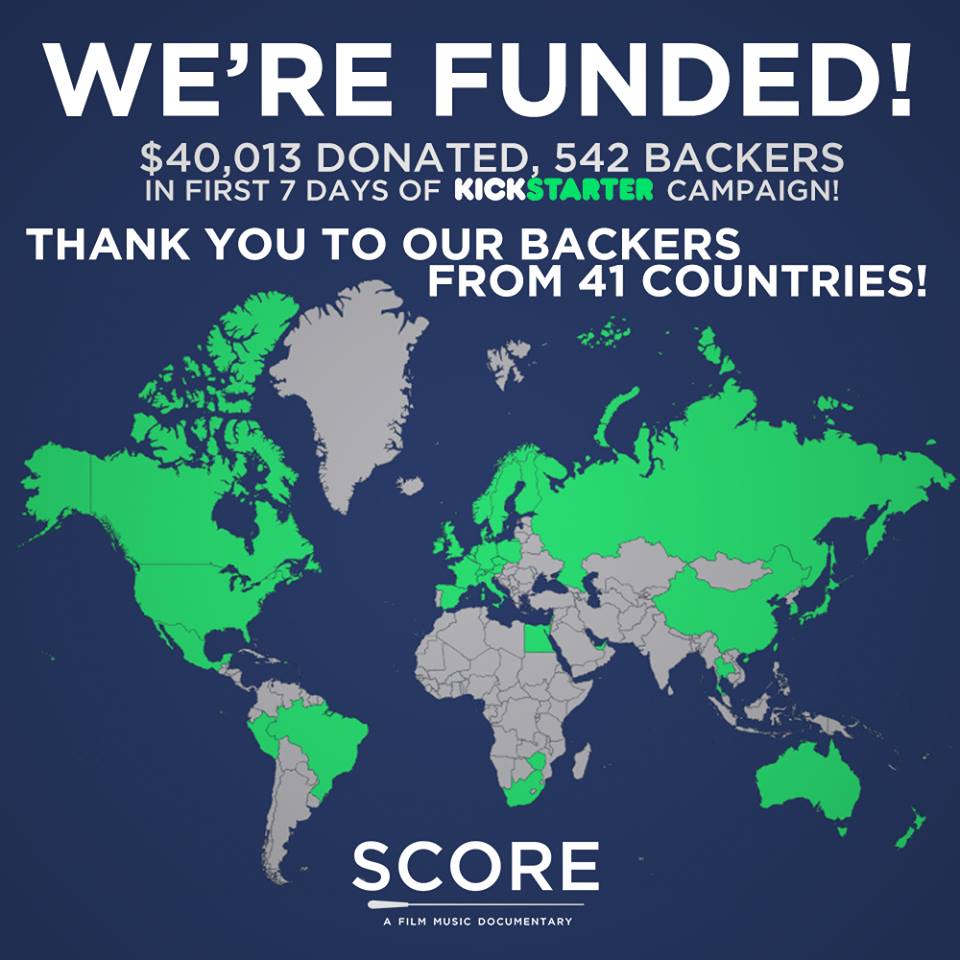