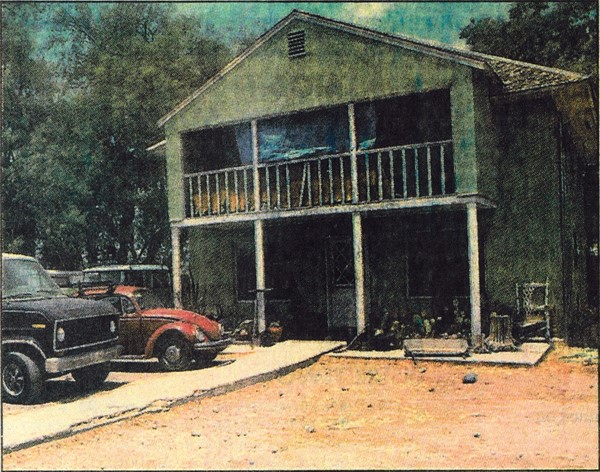 Originally published February 13, 2009 – Joni Mitchell’s 1970 anthem against redevelopment said it best: Don’t it always seem to go. That you don’t know what you’ve got till it’s gone? They paved paradise and put up a parking lot.

Or in this case they tore it down and left an empty dirt lot. But let’s start at the beginning with William Rohrig ─ a prosperous Tempe rancher, noted apiarist, and board member of the Tempe National Bank.

Rohrig came to Tempe in 1891. A decade later he was managing more than 1000 bee colonies while serving as the Valley’s bee inspector. A man of means, Rohrig acquired a sizeable ranch in the area of present-day University Drive and Price Road in east Tempe.

Apparently interested in education, Rohrig, in 1898, donated a piece of his ranch to construct a modest schoolhouse for educating the growing number of children of nearby farmers and field workers.

Rohrig financed the four-room brick school’s construction and endowed its operation. The Arizona Republican reported in November 1899 that the only school in Rohrig District #50 was nearly completed.

Records show that Rohrig School taught grades one through eight but never had more than two schoolteachers at any one time.

In 1924 Louise B. Lynd, a graduate of Columbia University, came to Rohrig as principal and teacher of first and second grades. A year later she was also Rural Supervisor at Tempe State Teachers College indicating that Rohrig was a training platform for student teaching.

Rohrig School closed by 1941. The building was quickly converted for a new life as a rental residence with a second story sleeping porch added.

In its near century of existence the Rohrig School served variously as a rural educational institution, residence, hippie hangout and party palace. Many local bands played informal gigs there.

It is said that Gin Blossoms were frequently seen at the Rohrig “…jamming late into the night.”

The old Rohrig School even gained questionable notoriety when it served as an overnight hideout during the largest criminal manhunt in Arizona history. The 1978 murderous rampage of the infamous Tison Gang terrorized Arizonans and was closely followed in the national media. Six innocent people were slain in a killing spree during the Gang’s 12-day flight from capture.

Reportedly the Tison Gang commandeered the somewhat isolated house after their escape from Florence Prison July 30, 1978. With the opening of the 101-Price freeway segment through Tempe in 1992, land around the exits became ripe for development.

Arco was the first to build a gas station / convenience store on the southeast corner of University Drive and the 101. That made the Rohrig School property directly north a prime spot for a competitor like Circle-K.

In 1996 the property was purchased for just that purpose and the historic Rohrig School, listed on the National Register of Historic places since 1984, was demolished for another convenience store that was never built ─ leaving the site vacant for the past 13 years and us lamenting That you don’t know what you’ve got till it’s gone.