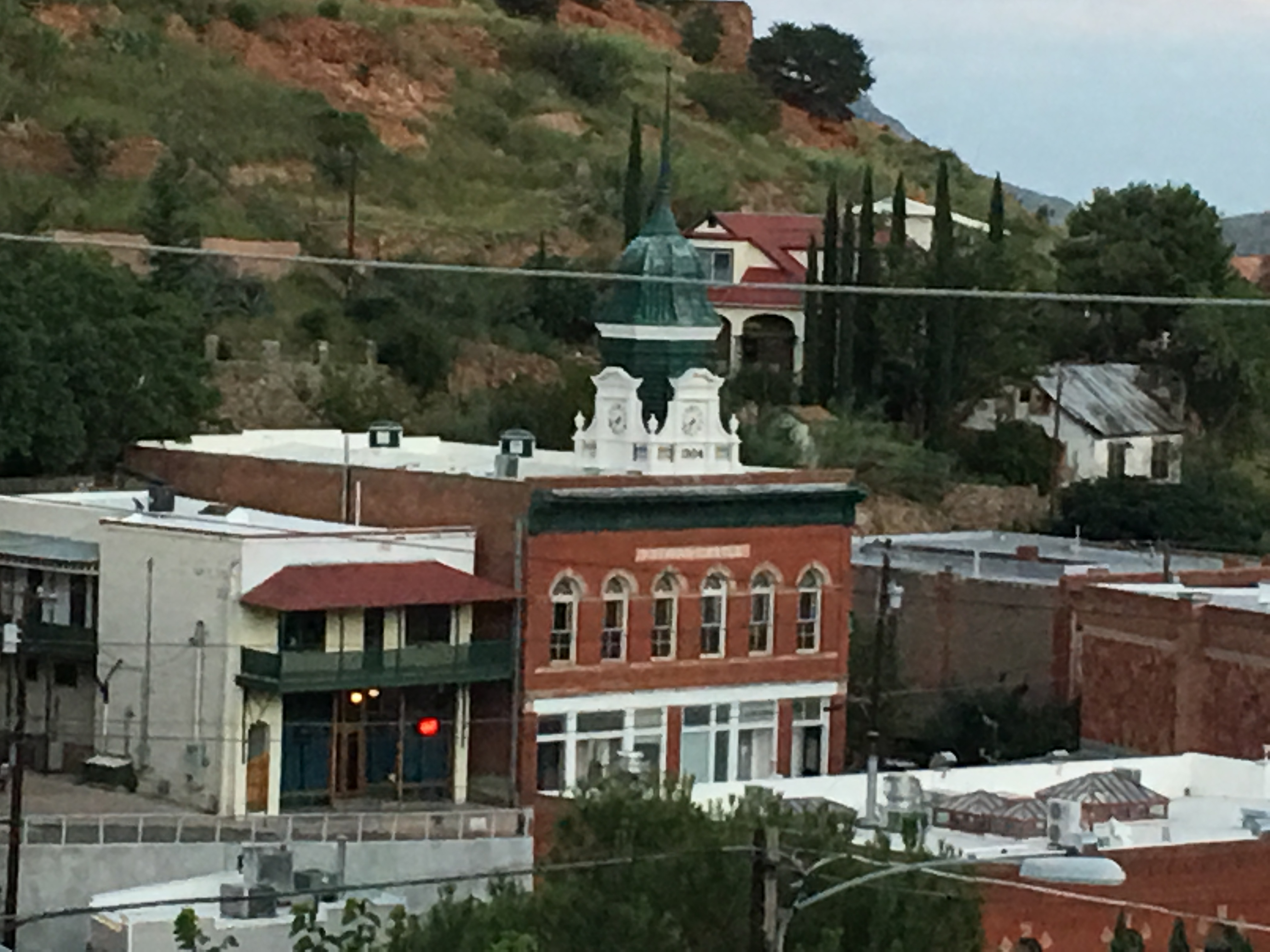 A stunning symbol of Bisbee’s rich history, The Pythian Castle, has been completely restored after a three year effort. Its three units are presently available for lease, and the building is also being offered for sale.

Alfred X. and Elissa C. B. Strati, owners of The Pythian Castle, led the mission to transform this relic of a bygone era into a once-more magnificent building with essentially original layout and appearance.  Their lifelong interest in historic buildings and long term involvement in renovations on OK Street led to the purchase of the Castle about three years ago, with the goal of a complete restoration.  “I feel that many older buildings are butchered in an attempt to modernize them. Our goal with all of the buildings we have restored has been to bring back original configuration and feel. The original architects knew their business.”

Now, more than 100 years since the original construction, with the able assistance of an architect, an engineer, and two dedicated craftsmen, The Pythian Castle and it’s iconic clock tower has been deemed “a Premier Restoration” by a prominent member of Bisbee’s city government.

This historic building was constructed in 1904 by the Knights of Pythias, a fraternal organization chartered in 1864 which still exists today, albeit in much reduced numbers. The Pythians emphasized brotherhood and mutual assistance, and were a busy and bustling group in the early 1900s, especially with the miners in Bisbee.

However, as technological advancements impacted jobs, membership rapidly decreased.  By 1914, only ten years after they had moved into the building, the remaining Pythians moved their meetings elsewhere and rented the Castle to the Consolidated Miners Union. Ultimately, changing times affected the Union as well, and by the end of the 1950s the building was vacant.  Valuable period assets including the large, weight-driven, E. Howard clock in the tower were stripped from the building as it lay neglected. It seemed the end was near for the Castle.

The building was rescued from potential destruction thanks to a 1980s Urban Renewal program which converted it, and three other important buildings in Bisbee, into affordable housing. Now eight apartment units, the Castle provided homes for many families and individuals for the next several decades until it began to experience dwindling occupancy due to wear and tear and the cramped nature of some of the units.
In 1996, the owners of the Pythian Castle renovated the Hotel LaMore at 45 OK Street. Several years later, and in two stages, 37 OK Street–which now houses the Copper City Saloon–was transformed from a derelict garage into a local destination plus a large two bedroom apartment.
When The Pythian Castle at 29 OK Street became available, its lure was undeniable and it became their logical next step. 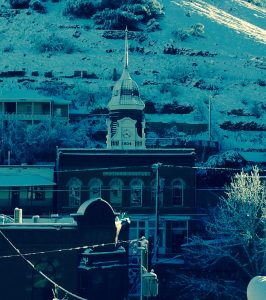 Determined to stay true to the original layout of the building, they obtained a demolition permit for all eight apartments with the goal of restoring the interior back, essentially, to its 1904 configuration.
When first built, the first floor contained two commercial storefront units, with a banquet hall, large meeting room and locker rooms on the second floor.  Today, there are two studio units on street level, each with full kitchen and bath, plus laundry facilities.  Upstairs, the lodge feeling remains, with a huge gathering space/great room across the front with six massive arched windows providing a magnificent view of the city; the remaining space is now a spacious three bedroom, 3-1/2 bath apartment with full kitchen and laundry facilities.
All three units are presently being offered for residential use although their design provides flexibility for other imaginative applications.  The second floor unit is a grand living space but could potentially host events, or be fabulous for VRBO or Airbnb.
Bisbee remains somewhat frozen in time architecturally at the building styles in fashion circa 1908; the current iteration of the Castle fits right in.
The staff and resources of the Bisbee Mining and Historical Museum (a Smithsonian Museums affiliate) uncovered the original cost of the project–some $10,000 to $12,000, or approximately $3-$4 million dollars today. A description of many of the original materials and furnishings, original photographs, plus the newspaper database all provided clues essential to the restoration.

Today’s Pythian Castle is a complete rebuild–it was stripped right down to the support beams.  A structural engineer provided specifications for proper resupport of the structure and its massive open space, and an architect drew the rest of the build-out.  All systems are brand new, and the entire project meets the Universal Building Code. The Building inspector was often on site offering suggestions as work progressed.  One of the more interesting aspects of this was

the retrofitting of original (salvaged) c. 1905 lighting fixtures to meet current UL standards.  Perhaps the most noticeable change is the reinstalled clock. The new works and three faces were manufactured by Electric Time of Massachusetts, and the clock currently chimes the hour from 9 a.m. until 8 p.m.–sounds not heard in Bisbee for nearly 90 years. The uniqueness of the clock tower is often featured in photographs and paintings, making the Castle instantly recognizable. This beautiful building also features a

cornerstone with the names Museum, Caretto, Ord, and Johnston– four of the prime movers of the Historical era of Bisbee.As one of the early advertisements for rental space at the Castle said:  “Make your new home under the Town Clock.”

For rental or sale information, please contact Alfred X. Strati at [email protected]  or 410-446-7093 and check out the official Facebook page of the Pythian Castle here.