Yesterday, October 18, 2018, The Queen Creek Town Council passed a deal that will cost between 63-200K, which is a notable sum of money considering the town is already 214 million dollars in debt.

The fees, according to the Council’s amended agenda, are the result of “A professional services design contract with J2 Engineering.” The contract – created to hopefully increase revenue for the town – states that Queen Creek will hire the engineering company to construct “the conceptual and final design of street lighting and median hardscape for the Agritainment District.” The cost for the designs would cost approximately, but not exceed, $63,506.

While the contract was met with vast approval from most of the council, two of the members vehemently disapproved the deal. Vice Mayor Emilena Turley noted that to go through with the contract would require a massive amount of spending – which seemed frivolous considering that such spending could be directed toward more prevalent issues within the community, like alleviating the overwhelming debt the town faces. She also noted that the fees mentioned in the contract are merely covering the design of the hardscape, and not including the actual cost of implementing the lights that J2 Engineering will design.

“I think that the reason that government gets a bad rap is that we choose to spend what we don’t have.” She admitted. “that’s how we end up with trillion-dollar deficits, and our town has about 213 million.” Turley brought up a valid concern – as of June 30, 2018, the outstanding debt for the town of Queen Creek is 214 million dollars. A large sum of that money can be attributed to infrastructure of the town, and this newest contract will continue to add to the unpaid deficit.

Councilman Jake Hoffman was also adamantly against the contract, claiming that it not only was expensive, but it violated the citizens’ trust in the government as well.

“When you dig down to brass tax on this, this is borderline cronyism.” He exclaimed. “It’s a complete joke…we don’t need to forcibly take money from the residents to spend on a project like this.”

Hoffman then asked a representative of J2 Engineering to provide an estimate of what the total would be after the design and implementation of these lights. The representative initially evaded the question, stating that such numbers would depend on what the council ends up approving regarding the lights, but eventually admitted that the costs would be around 30 to 40 percent more – resulting in a total far more pricey than the initial 60K.

Of course, as Councilman Robin Benning retorted, such expenditures are sometimes necessary to help the town thrive. Benning pointed out that while the town could spend less money and purchase normal street lamps, such lamps wouldn’t be able to procure the atmosphere the Town of Queen Creek is striving for.

“Our community has really grown…one of the things that has helped queen creek to grow…is the fact that we’ve taken the time and we’ve made careful decisions to help make our community different and special. We don’t just build roads, we’re building a place.”

In the end, the council agreed that urban design would help to expand the town’s agritainment, and the contract was passed with a vote of 5:2 – the two who voted no being Hoffman and Turley.

There is no denying the focal role agritainment has played in developing the community blossom. However, the contract with J2 engineering has no guarantee of boosting the town’s appeal to visitors. Like Hoffman pointed out, “How many of you have ever said, ‘I’m going to go to Mesa because I really want to see the street lights in the fiesta District?’ It doesn’t happen.”

What makes Queen Creek so unique is our attractions, not the street lights. People don’t go to Schnepf Farms, Olive Mills, or any of our local attractions for the lights. They go for the experience. As such, was it necessary to spend such an exorbitant amount of money to create a design for some pretty street lights? Remember, the 63K is just for the design. By the time the lights are actually implemented, the project will cost possibly 200K of the town’s taxes – a cost that could have been utilized to fix town roads, create new attractions or even decrease tax dollars. 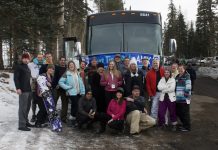 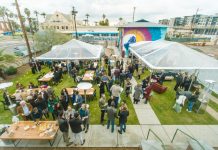 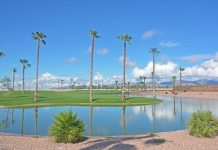