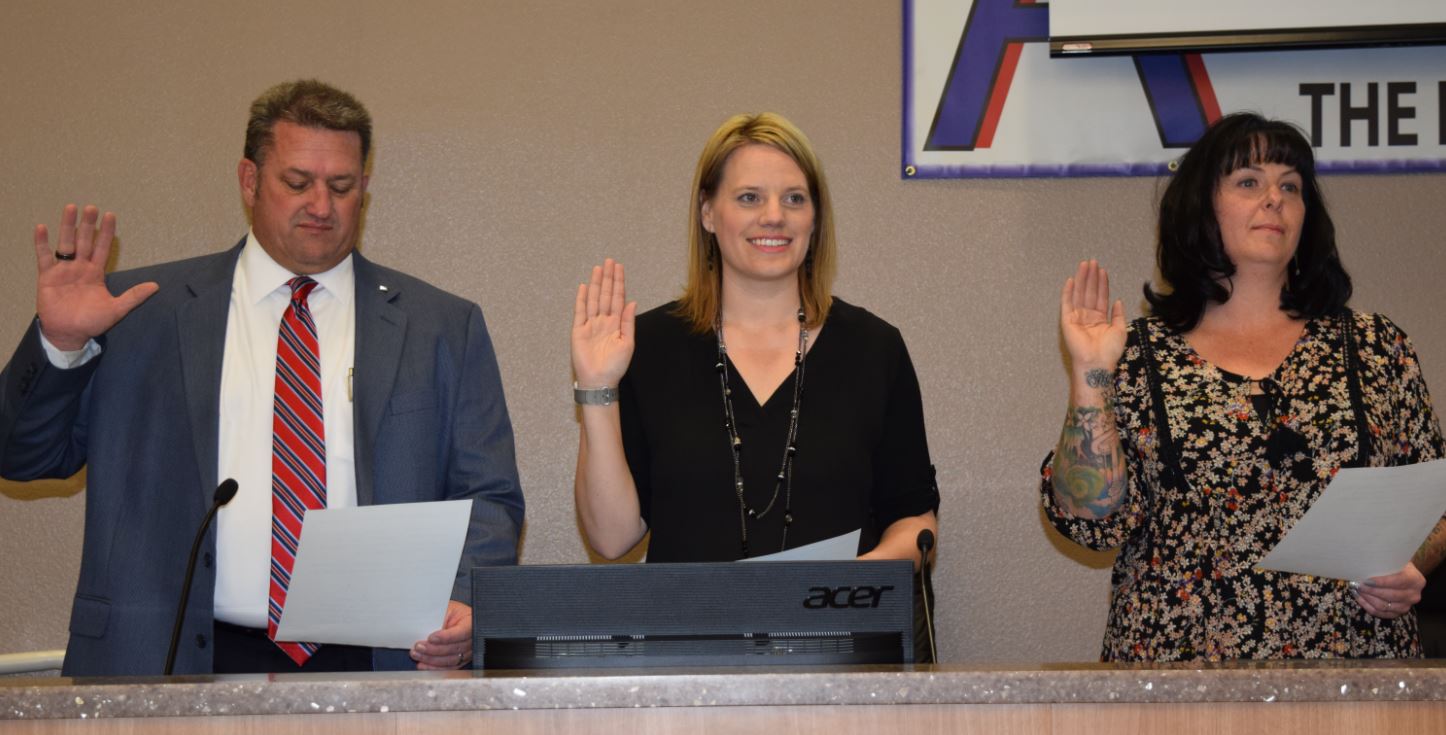 On Tuesday, January 10, 2017, three newly elected members of the Queen Creek Unified School District Governing Board took the Oath of Office. Jennifer Revolt, Bill Schultz and Susan Leonard join Ken Brague and Judah Nativio on the QCUSD School Board. Mr. Brague was elected to be Board president and Mr. Schultz was elected to be Board vice president. 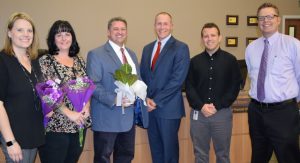 Mr. Schultz is currently the principal at Entz Elementary in the Mesa Unified School District. Prior to that he was the principal for 13 years at Desert Mountain Elementary and one year at Gateway Polytechnic Academy, both Queen Creek schools. Mr. Schultz has three kids with his wife of 23 years. His two youngest kids are QCUSD students; his 20 year old son is a QCUSD employee.

Ms. Revolt has worked as a public elementary school teacher in Arizona. She has served on the Parent Teacher Organization Board at Desert Mountain Elementary School for the past three years and has served as the board president for the last two years. Ms. Revolt has a bachelor’s degree in Psychology and a master’s degree in Elementary Education from the University of Phoenix. She and her husband have two kids who are QCUSD students.

Ms. Leonard was a QCUSD substitute teacher from 2013-2016. She served as a PTO president for more than four years at Queen Creek Elementary, Teacher Appreciation Chairperson at Queen Creek

Middle for one year and has served on various District committees. She and her husband have four children who all attend Queen Creek schools.
Mr. Brague has been on the QCUSD School Board since 2009 and Mr. Nativio has been a board member since 2012.