My Local News.US Real News - Real Local
Home Community Queen Creek school named one of the best in the nation 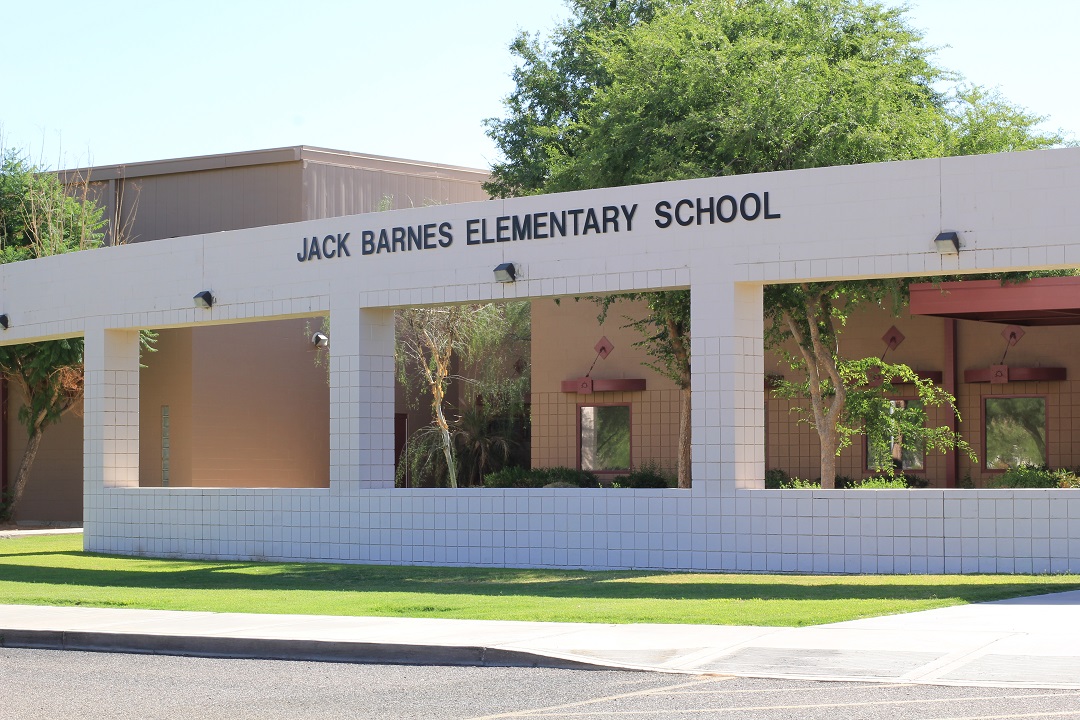 On Wednesday, September 28, 2016 U.S. Secretary of Education, John B. King, Jr., announced that Jack Barnes Elementary has been named a 2016 National Blue Ribbon School. Jack Barnes Elementary is among four Arizona schools honored this year. Overall, 279 public and 50 private schools across the country received recognition. The National Blue Ribbon Award is one of the highest honors a school can achieve.

Schools are nominated for the award by the State Department of Education, and then complete a comprehensive application about school practices. Schools may apply for status as Exemplary High Performing—among the top schools in a state—or Exemplary Achievement Gap Closing—schools making the fastest progress in the their state in closing achievement gaps among student subgroups. Jack Barnes Elementary received recognition for being an Exemplary High Performing school (top 15% in Arizona). All teachers and staff at Jack Barnes set high standards for the more than 600 students who call the school home. Campus leaders believe a quality education integrates character development, artistic development and social development; as well as, academic excellence.

The Queen Creek Unified School District is one of only nine districts in the state to have been graded “A” by the Arizona Department of Education for four consecutive years (2010-11, 2011-12, 2012-13 and 2013-14). To learn more about the district, visit www.qcusd.org. Connect with Queen Creek Unified School District on Facebook, Twitter and Instagram.