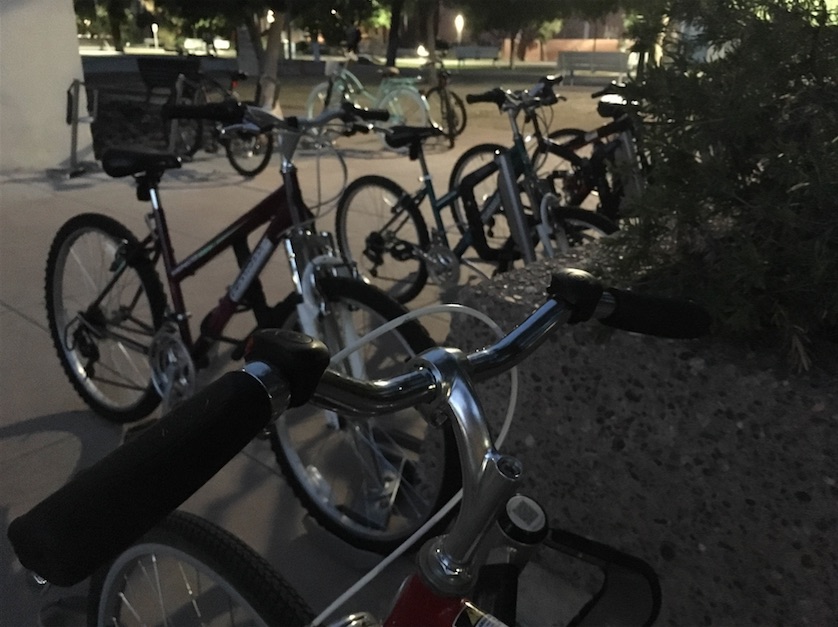 The size of the ASU Tempe campus is over 600 acres, making it difficult to walk from class to class on a time constraint. A significant number of students use bicycles or skateboards as a form of transportation. Tempe also has one of the highest biking populations in the country, according to the City of Tempe.

“Some people will dress like students, meaning they wear ASU shirts and wear backpacks to blend in so they won’t look suspicious,” Harris said.

ASU Police Department interviewed suspects asking them why they stole bicycles or bicycle parts and the consensus was that they needed to sell the parts for drug money, according to Harris.

“These people go for more expensive bikes because it’s worth their time if they can get more money from them,” said Harris. “ASUPD suggest investing in a U-lock because it will take thieves longer to cut through the thicker metal and they might not want to spend a lot of time doing that.”

If a bicycle is stolen, Harris suggests calling ASU’s Police Department, and they will collect a serial number, make, model and color of the bicycle.

“It’s important to have a picture of your bike, so the police know exactly what they’re looking for,” Harris said.

Students may be at risk of having their bicycle stolen, however, there are some options.

One option is to register your bicycle with ASU, according to Shereen Shaw, office specialist for ASU parking and transit service staff. Taking your bicycle to the ASU valet is the safest form of security for your bicycle unless you can bring you bicycle inside where you live.

“Any ASU student, faculty or staff member is welcome to bring their bicycle with them and their ASU ID card to a bike valet station,” Shaw said. “The attendant at those locations would assist you in getting a serial number entered into the database, record the make, model, color and also take a picture of the bike.”

This is ASU’s parking and transit service second year running the bike registration process. The actual amount of bikes stolen has gone down in the past three years, Shaw noted.

The steps that ASU took to decrease the amount of bicycle theft has helped however there are still flaws in the system.

Jackson Dorsey an ASU sophomore said someone stole his bicycle last year after issues with the bicycle valet service.

“I registered my bike with ASU, however, my ID card would not let me into the bike valet station to park my bike,” Dorsey said. “This happened three times, and one day I couldn’t get in again so I just left my bike outside of the valet station locked and it was gone when I came back.”

The ASU Police Department suggest students use two locks including a U-lock, take their bicycle to a valet or park their bicycle in an area that is well lit and has cameras.