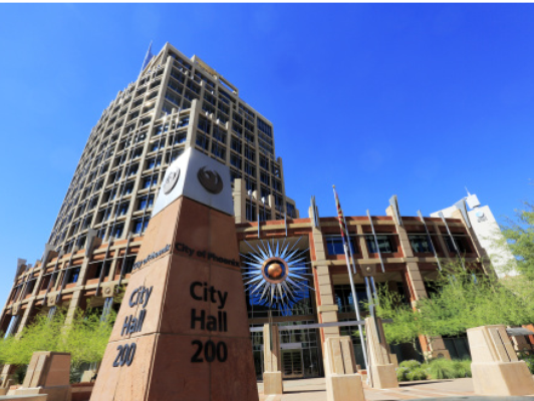 The Phoenix City Council will work toward an ambitious goal in the next decade in an effort to embrace a more environmentally-friendly approach.
Last week, the council unanimously approved a new goal of reducing greenhouse gas (GHG) emissions within its own operations by 40 percent by 2025. This action resulted after the council heard an update on the city’s progress toward achieving it’s long term goal of becoming a carbon-neutral city.
The city of Phoenix has taken serious steps to reduce greenhouse gas emissions and prove itself as a sustainable, environmentally-friendly city and place to live. Phoenix surpassed it’s previous goal of 15 percent GHG reduction by 2015.
Phoenix’s Office of Sustainability reported positive progress and accomplishments on several recent sustainability initiatives, including approved replacement of all 90,000 streetlights with energy-efficient LED lights, increased light rail and bus service as part of the city’s voter-approved 35-year transportation plan, and the start of construction on the city’s first compost facility to divert organic materials from landfills.
2017 also marked the two-year anniversary of Grid Bike Share, which now boasts 12,000 registered riders who have traveled over 140,000 miles, an amount equivalent to five and a half times around the globe! The city can also be proud of reports that Phoenix residents use 34 percent less water per capita compared to twenty years ago, and the city now reclaims 84 percent of all wastewater for beneficial reuse.
New in 2017, a private company will convert 34,000 tons of palm fronts into livestock feed in 2017, another sustainable effort.