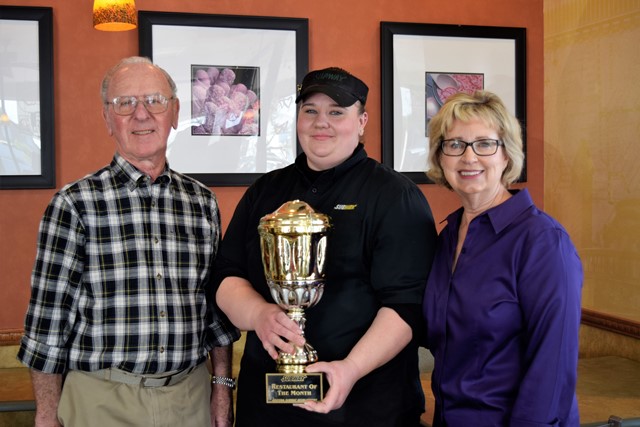 SUBWAY® Restaurants of Arizona is pleased to announce that the Subway Restaurant located at 8345 W. Thunderbird Road in Peoria has been named the “Restaurant of the Month” for January 2017. This location, which beat out more than 400 of its fellow restaurants statewide, is owned by Al and Tricia Featherstone and managed by Felesha Boring.

“We are very proud of the great team we have in place at our restaurants,” said Al Featherstone. “The entire staff works very hard together with one goal in mind: taking great care of the their customers’ needs!”

The Featherstones first became franchisees in 1995, and own two locations in the Valley. This is the first time this Subway location has won the Restaurant of the Month award, which now makes it eligible for the coveted 2017 Restaurant of the Year honors, which will be given out in early 2018.