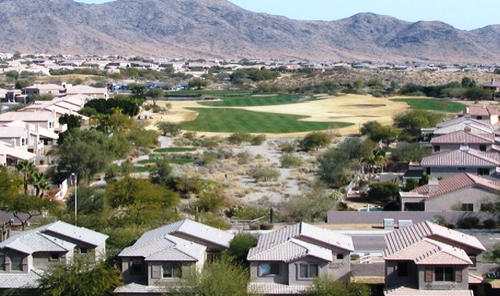 24/7 Wall St. recently released it’s findings on the best American cities to live in, and Peoria made the cut!

Peoria was the only city in the state to make the top 50 cities, coming in at number seven. To determine the rankings, 24/7 Wall St. reviewed data on the 550 U.S. cities with populations greater than 65,000 according to the U.S. Census Bureau.

What exactly makes Peoria the seventh-best city to live in, according to 24/7 Wall St.? First, the climate and housing costs are 14% less expensive in Peoria than the nationwide average. The median home value is $223,000, and Peoria’s population increased by 10.9% in the past five years, compared to 3.9% nationwide.

Peoria, a city of 171,242 people, also shows signs of a strong economy, with the number of jobs increasing along with the population expansion. Between 2013 and 2015, Peoria saw an 7.3% growth in its number of jobs.

The ranking also noted that, while Peoria is within commuting distance to Phoenix and all it’s attractions and amenities, the city sees much less crime and danger. In 2015, Phoenix saw 594 violent crimes per 100,000 people, while Peoria’s violent crime rate of 166 incidents per 100,000 was among the lowest in the United States.

The number one city was Broomfield, Colorado, a small suburb with just over 65,000 residents, within commuting distance of Boulder and Denver.