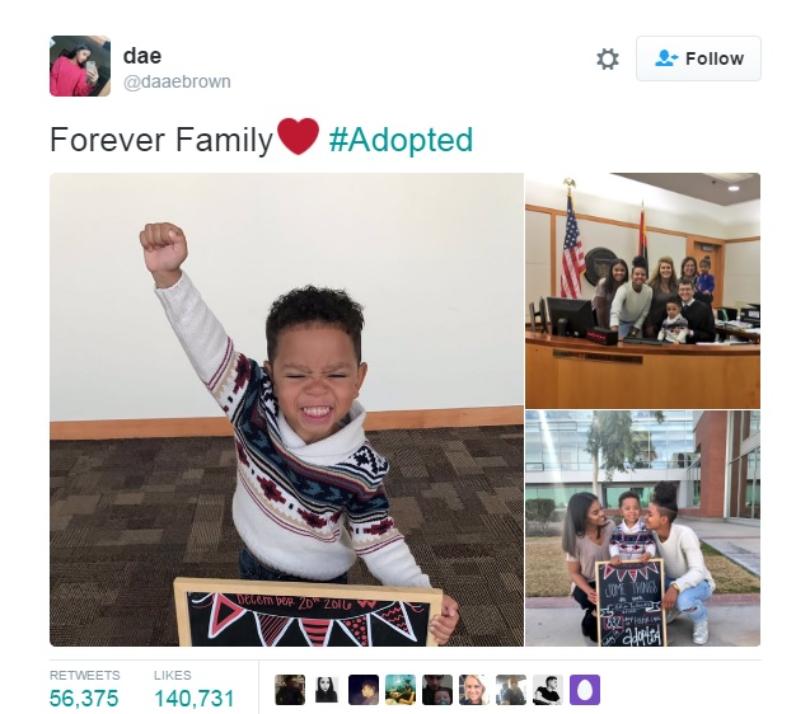 The latest viral photo to take over the internet features a three-year-old Arizona boy happily celebrating his adoption.

This heartwarming story features a local family and their newest addition. Dezhianna “Dae” Brown posted photos of her adoptive brother Michael after the finalization of his adoption. He is now living with his forever family in Peoria.

Brown’s Twitter post featured three photos of her adoptive brother, and now have reached over 57,000 retweets and 143,000 likes.

The happy post welcomes Michael to the family and shows the little boy giving a first pump in a photo taken at court, along with him posing with his two sisters.

Following the explosion of the post on social media, Brown gave an interview with the Associated Press, saying that Michael has become a special part of their family, and that her mother, Tara Montgomery, adopted him officially last Tuesday.