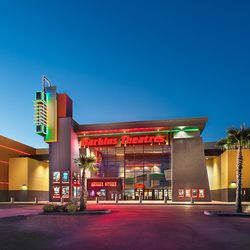 Officials say a massive amount of oil spilled near the Harkins Movie theater in Marana.

Almost 6,000 gallons of oil were spilled on the ground from a tanker parked at the intersection of Coca Cola Place and North Business Park Drive. The oil spill happened on the evening of Sunday, June 3. The incident was not considered a hazmat situation as the oil was not on the road or in the wash near the dirt lot.

TRMSS is a road preserving oil that was recently used on Arizona Pavilions from north of the movie theater to Cortaro Farms Road. According to officials, this oil spilled out from the back of the tanker, where the valve had been tampered with at some point over the weekend.

Marana Police are investigating the incident, which is unusual as tampering or turning valves loose is very uncommon on these tankers. MPD officials say that although nothing was broken, the suspect or suspects did open the valve and the case will carry a vandalism charge. The responsible individual would need to cover the cost of clean up.

Anyone with any insight or information on this incident is asked to please contact the Marana police at (520) 382-2000. For more information, please visit the official page of the Marana Police Department HERE.