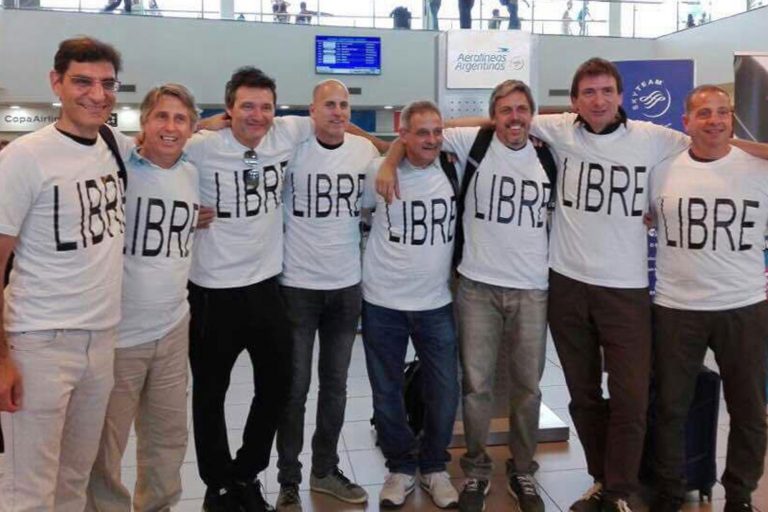 The attack on innocent pedestrians occurred around 3:04 p.m. on Halloween, October 31.

The suspect, 29-year-old Sayfullo Habibullaevich Saipov of Uzbekistan, drove a truck onto a bike path in lower Manhattan, ramming into bystanders and bicyclists before striking a school bus.

The incident occurred several blocks from the World Trade Center memorial, where a group of former school mates from Argentina were celebrating the 30th anniversary of their high school graduation with a bike ride. Five of these men were killed in the attack- Hernán Diego Mendoza, Diego Enrique Angelini, Alejandro Damián Pagnucco, Ariel Erlij and Hernán Ferrucci. Another friend on the vacation, Martin Ludovico Marro, was transported to New York Presbyterian Hospital to be treated for his injuries.  The friends graduated from the Colegio Politécnico de Rosario in 1987.

The Argentine government shared its condolences to the victim’s families, writing, “The men, native to the city of Rosario, were part of a group of friends celebrating the 30th anniversary of their graduation at the Polytechnic [High] School of that city when the tragic event occurred. The general consulate continues working in permanent contact with the police and the hospital that received those affected, as well as with their relatives in Argentina.”

The suspect was shot by NYPD officers and survived. Federal prosecutors brought terrorism charges against him on November 1.