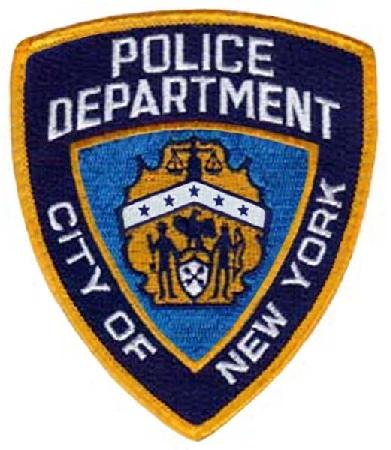 A series of scary stalking incidents have led to an arrest.

A man accused of stalking the young children of an NYPD officer is in police custody and being questioned about his behavior.

According to police, the man stalked the officer’s 8-year-old daughter and 12-year-old son for two days in the Crown Heights section of Brooklyn.

Surveillance video captured him exiting a white sedan and peering into the family’s windows near Eastern Parkway and Brooklyn Avenue. He’s seen leering with a menacing grin.

Police are questioning the man who has claimed responsibility for the creepy actions, but they have yet to confirm if he is the same man on video.

“We’ll go on further to talk to him to figure out what was going on in his head,” said NYPD Chief of Detectives Robert Boyce.

Police say the suspect followed the kids to the bus stop and showed up twice at the family’s home. He even flagged down the school bus and told the driver he was there to pick up the officer’s son. The driver responded that he wasn’t authorized, and when he threatened to call police, the suspect fled. That night, police said the girl reported seeing the same man taking pictures inside the home’s windows, even asking her where she sleeps at night. Police said the next day, the suspect approached the sun and asked the same thing, and later on left a letter at the home that read “Watch out. I am watching you!! Your daughter is cute.”

It’s a scary incident that is raising alarm for parents in the area, who are warning their children and reminding them of stranger danger.

Police said the man in police custody has no criminal history in New York and has a Florida address. Investigators are hoping witnesses can identify the man.

Anyone with information in regards to this crime is asked to call the NYPD’s Crime Stoppers Hotline at 800-577-TIPS or for Spanish 1-888-57-PISTA (74782). Tips can be submitted online by logging onto the Crime Stoppers website
or texting tips to 274637(CRIMES) then enter TIP577.