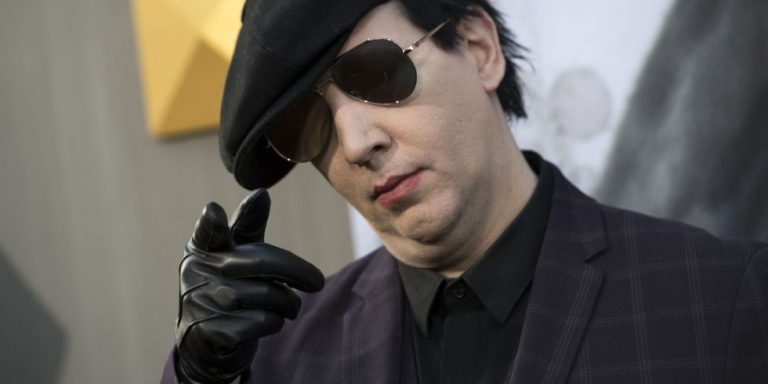 Singer Marilyn Manson was injured during a performance in New York City, and he has been forced to cancel nine live shows due to the accident.

Manson was performing at the Hammerstein Ballroom on Saturday when a large piece of scenery landed on him in the middle of his performance. Concertgoers reported he was performing a cover of Eurythmics’ “Sweet Dreams (Are Made of This)” when he started climbing a podium, causing it to wobble. Manson tumbled backward and the prop fell on him, prompting the house and stage lights to go off. Within several minutes, an announcement was made that the show was over “due to injury.”

Manson was taken to a nearby hospital, and is now recovering at home in Los Angeles. While the extent of his injuries is unknown, his representatives have announced he will need to cancel his next nine shows on his tour as he recuperates.

For more information and updates, visit his official website here.