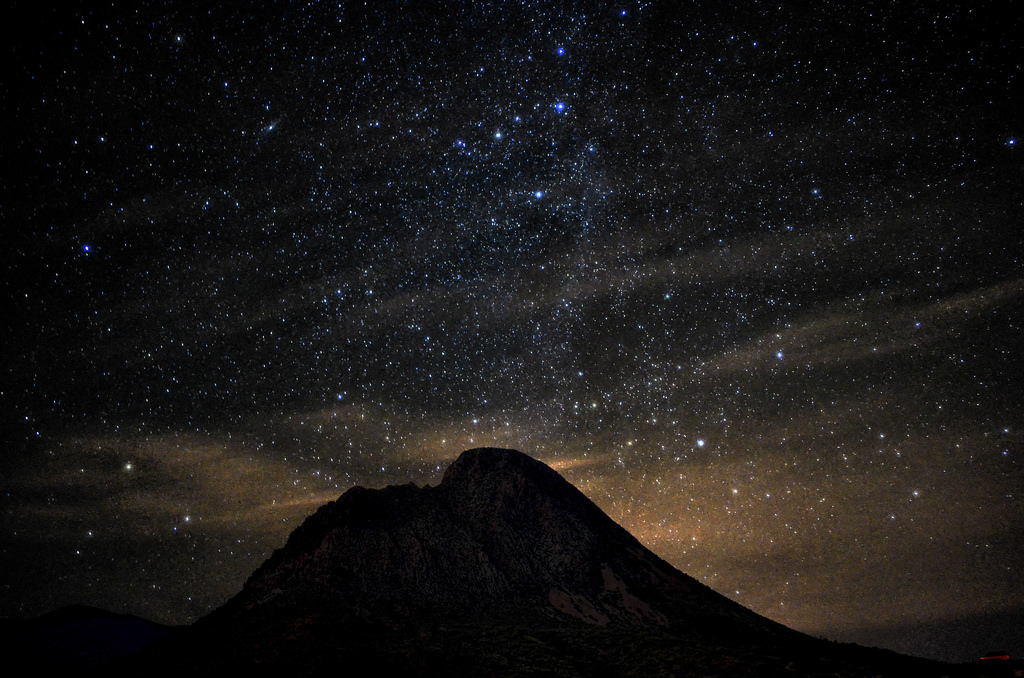 Flagstaff is reaping the benefits after making a commitment to minimal light pollution and protecting the dark, desert sky.

The city, nestled in the mountains just south of the San Francisco Peaks, is a popular destination for nature lovers and hikers, as well as a thriving college town with a population of over 68,000 people. Recently released satellite images of the Flagstaff area show significantly less artificial light than cities of similar size and scope.
This exciting news follows a decades-long commitment to preserve a dark, star-lit sky for northern Arizona. Flagstaff is home to Lowell Observatory, one of the oldest observatories in the state, having opened in 1894, and astronomers and stargazers have long favored Flagstaff as an ideal location for observing the solar system.
As home to three of America’s largest telescopes, Arizona plays an important role in protecting the sky, and Flagstaff is leading the way by using fewer lights and dimmed LED lights. The natural darkness is critical to aiding bird migration and survival of insects that larger animals require for food. The preservation of the darkness also improves people’s abilities to view stars and see the Milky Way.
Images captured by a panoramic camera show that nighttime light emissions in Flagstaff are nearly 14 times fainter than those recorded in Cheyenne, Wyoming. The images show that only a faint halo of yellow and green around Flagstaff, while Cheyenne, Phoenix and Fort Collins, Colorado exhibit a rainbow of colors blooming from the urban areas, signifying significant artificial light.
While sources of excess artificial light including street lights and electronic signs can cause light pollution, some critics argue that decreasing these sources of light raise concerns, and many cities are hesitant of going dark. However, for Flagstaff, the benefits far outweigh the potential negatives, as the dazzling dessert sky is being protected and the city remains a safe place to live and work.