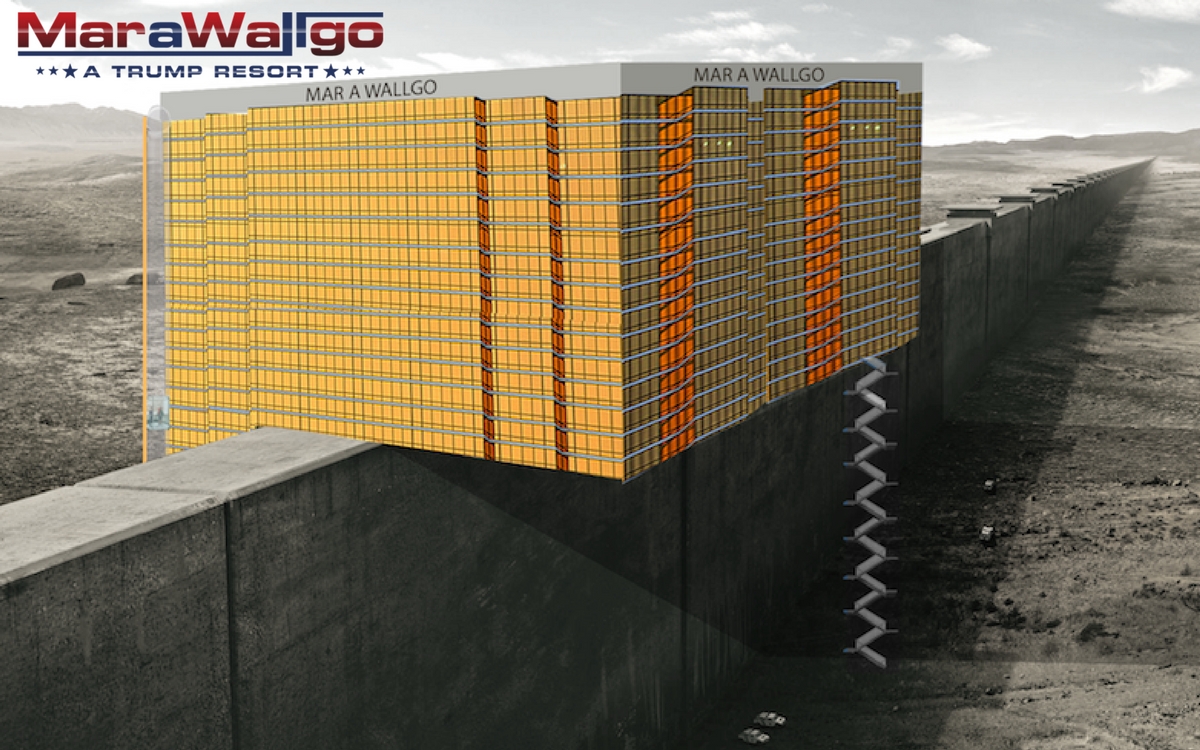 In what will likely be the crown jewel of the Trump dynasty, officials from Arizona, Mexico and the Trump Organization recently announced a collaborative private-public partnership to break ground on a massive ultra-luxury resort straddling the U.S. Mexico Border south of Bisbee. Net proceeds from the resort will help pay for construction, completion and ongoing maintenance of the 1,951 mile-long US/Mexico border wall. President Donald Trump proposed the bi-national resort as the first step in fulfilling his campaign promise to build a wall in an effort to stem the flow of illegal immigrants from the south.

Mar-a-Wallgo:  A Trump Resort is projected to bring in $500-600 million dollars annually in its first year and any additional revenue received beyond what is necessary to pay for the wall will go toward building additional sister resorts at other locations along the border stretching from Texas to California.

According to plans provided to My Local News by anonymous sources, the five-star resort will feature everything currently found at Trump Hotels in other cities such as Waikiki, New York, Vancouver, Panama City and Miami. But Mar-a-Wallgo, with 3,800 rooms, a spa, golf course, winery, water park and ample conference space, will offer larger, more luxurious and more expensive options. Guests at Mar-a-Wallgo may choose from a variety of high-end accommodations such as the 7,000 square foot NAFTA Penthouse at $6,199.99 a night, which comes with gold-plated fixtures in the dual spa bathrooms, including throne-inspired toilet with heated seat and matching bidet. The 5,500 square foot Bi-Nation Suite features floor to ceiling murals depicting a variety of famous monuments and life-sized wood carvings of historical heads of state, and the women they loved, from both countries. The Bi-Nation Suite, at $5199.99 per night, also comes with its own interpreter, a mirrored ceiling, disco ball and a 500-square foot party bar stocked with the finest tequilas and bourbons. All of the resort’s Signature Suites are richly appointed in wood, marble, velvet and crystal and come with their own 24/7 masseuse, butler, chef, personal trainer and chauffeur. Standard guest suites will begin at $125 per night, with glass walls between a number of adjoining suites that straddle the border to accommodate documented and undocumented family members. 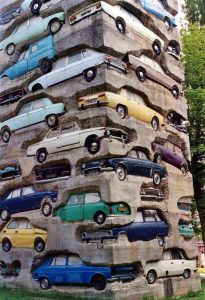 The hotel grounds feature a handful of international viewing areas where guests may peer through to the other side, in addition to a sand volleyball court and lazy river with one side in each country. Artistry includes everything from ornate wood carvings in the Baazar Comida restaurant to junk cars incorporated into the hotel’s massive load bearing columns. A fully-stocked pharmacy will offer medical marijuana alongside traditional drugs, and even some street drugs, for purchase through high-tech vending machines that can diagnose a patient’s ailments via eye mapping.

The on-site Trump International Winery will mirror the 1,300 acre Trump Winery located in Charlottesville, Virginia and feature meeting space, a tasting room and a cross-border vineyard full of Spanish varietals. Sources say a vodka plant may also be erected on the U.S. side.