Cider and pizza fans know something big has been going on behind the giant flag that cover the back wall of the Cider Corps taproom. On Friday, June 14, the craft cidery in Downtown Mesa officially unveils its completed taproom expansion that includes Myke’s Pizza as a fast-casual eatery, additional production space and a patio.

Cider Corps has converted 2,000 square feet of space next to the cidery to accommodate additional production equipment and a new bottling line. The expanded facility includes 10 new fermenters ranging in capacity from 12-30 barrels that give Cider Corps the ability to produce four times as much craft cider.

Josh and Jason Duren (Sgt, USMC, Ret.) opened Cider Corps on Veteran’s Day in November 2017 offering craft ciders in a range of flavors. They served more than 2,600 pints on opening day and the popularity of their cider hasn’t slowed since. In 2018, Cider Corps produced about 40,000 gallons served in its taproom and at dozens of locations around the state.

“We’re excited to have the ability to provide our cider not just to craft beverage bars but also to more restaurants and package stores,” said Josh Duren. “But the expansion isn’t just about meeting demand. It’s about growing without losing the flexibility to experiment and collaborate.”

Collaboration is at the core of one of the most unique aspects of the expansion project – the inclusion of Myke’s Pizza inside the taproom.

Myke Olsen started a pop-up pizza stand in Mesa in 2016 and developed a cult following of fans who patiently wait as each pie is made one at a time in a table-top oven. Now, Olsen and business partner and co-owner Manoly Kladovasilakis will craft the pizzas in a Renato wood-fire oven that can bake about five pizzas at a time. The pizzeria will operate as a fast-casual concept where people can order at the counter to enjoy inside the cidery or to take away. Myke’s menu of six pizzas will remain the same with prices for the pies ranging from $10 – $14. Eventually, Olsen and Kladovasilakis plan to expand it to include side dishes and salads.

“By joining with Myke and Manoly, we’re broadening what the taproom is known for and bringing attention to what Arizona is becoming known for: a destination for craft beverage and craft food. We hope it will elevate the experience for everyone.”

In addition to the interior changes, Cider Corps is also growing outside. It now has a patio space along the loading-dock style doors facing Robson Street that seats about 40 people.

Myke’s Pizza will be open Wednesdays – Saturdays from 5-9 pm. When Myke’s Pizza is not open, Cider Corps will have a rotation of food trucks at the cidery. Cider Corps is open seven days a week. Hours vary. For more details about hours, cider offerings and food trucks, follow Cider Corps on Instagram @cidercorps. 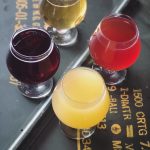 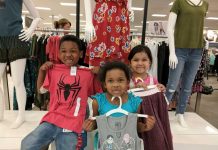 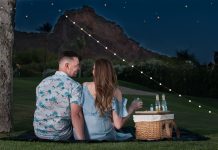 Savor a Custom Picnic Under the Stars at Mountain Shadows 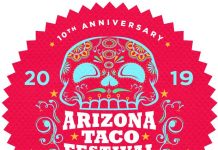