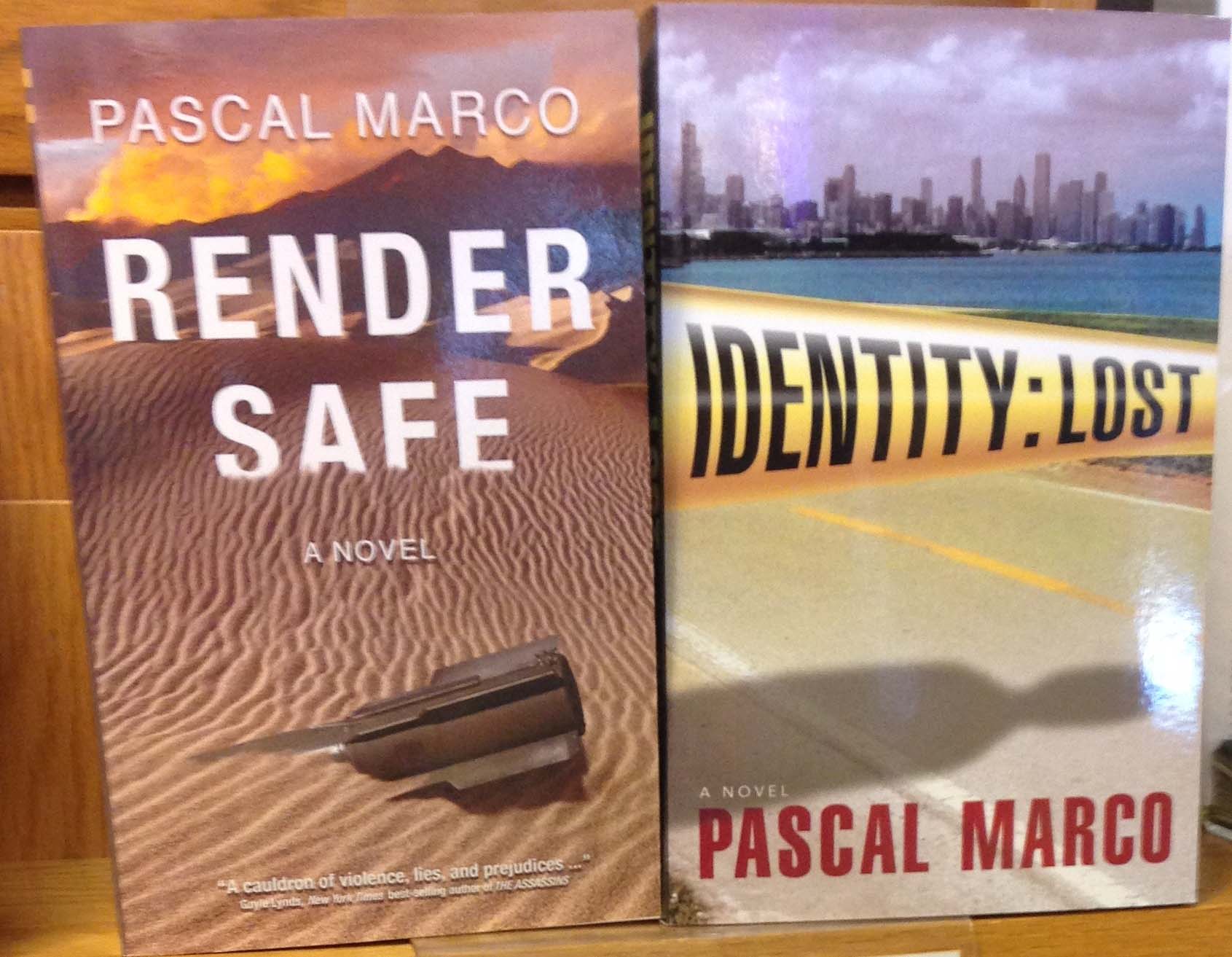 Amazon best-selling, Mesa, Arizona author Pascal Marco as he meets and greets Tucson area fans at the 2016 All-Zona Book Festival. The free event will be held at St. Francis Cabrini Parish Hall, 3201 E Presidio, Tucson, AZ  85716, 1 block south and east of the corner of Ft. Lowell and Country Club. Times are 9am – 3pm.

Marco will be signing copies of both of his thriller novels: his Amazon #1 best-selling, IDENTITY: LOST, and his latest, RENDER SAFE.

The synopsis for his newest book:

When a house explodes with a mother and two children inside, Stan Kobe is called to the horrific crime scene. The father, a former Air Force bomb technician, becomes the key suspect, but disappears and is never found. Ten years will pass before another triple homicide occurs with similarities the savvy prosecutor, Kobe, believes are common to his decade-old cold case.