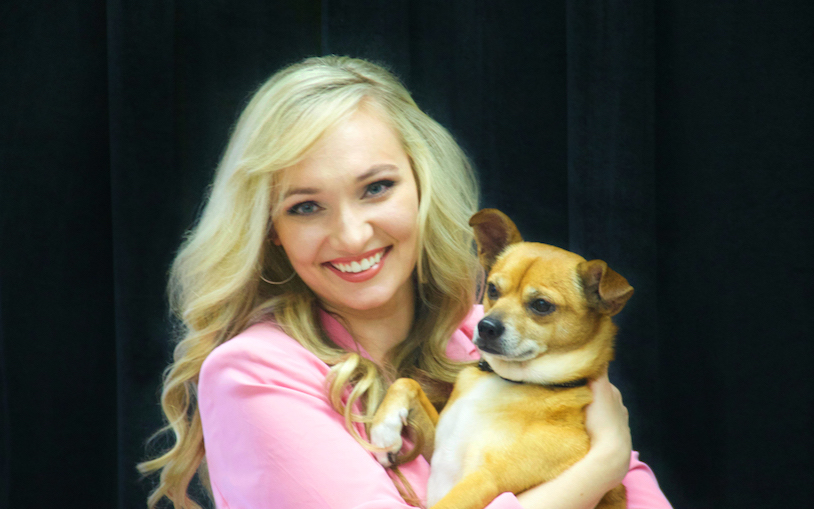 Mesa, Arizona — March 24, 2016 — The international award-winning hit, “Legally Blonde the Musical” is coming to the Mesa Community College Performing Arts Center for six performances April 8–16. The show takes audience members from the sorority house to the halls of justice with heroine Elle Woods and her Chihuahua, Bruiser.

Based on Amanda Brown’s 2001 novel and its first film version (starring Reese Witherspoon), the musical stage version premiered in San Francisco in 2007 before hitting the Broadway stage later the same year. It has consistently toured throughout the U.S. and played for nearly three years on London’s West End, where it was awarded the Laurence Olivier Award for Best Musical in 2011. Overall it has been nominated for seven Tony Awards and has been performed in South Korea, the Philippines, Australia, and throughout Western Europe.

The production will be directed and choreographed by Cambrian James, who worked with the Hale Theater and also MCC’s Hairspray & Thoroughly Modern Millie productions. Assisting James will be Cathy Hauan, musical director; and Aurelie Flores, costume designer.