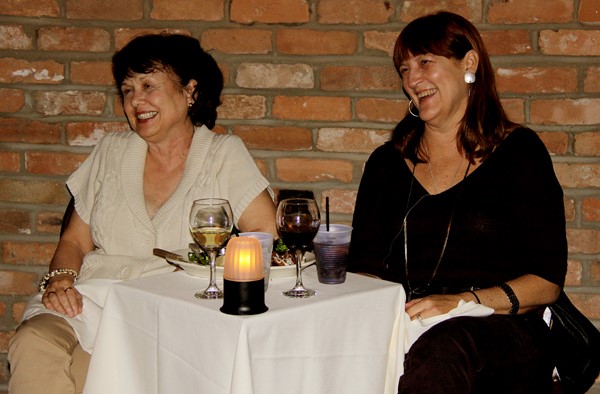 Originally published January 29, 2010 – Over the last three years Ferry Tales File has attempted to chronicle the fascinating stories of events, places and people that comprise the record of Tempe’s past.

History is everything that has occurred before this moment. The previous sentence is now history.

Today’s essay is about recent history. And it is one of the most difficult and painful pieces I have had to write. It requires putting into words all the pain, feelings and emotions one experiences when faced with a profound loss.

How do you convey the sense of helplessness one feels when trying to reconcile an event that happens so fast there is no time for goodbyes?

How do you justice to a complex life in 500 words or less? If I had to guess, I would say that over the years Arizona native Mary O’Connor crossed paths with of most of the people who live in Tempe.

For more than 14 years she was the face of Tempe transportation.

She came to Tempe’s Transportation Department as its director in the late 1980’s. It was just at the time when the Valley recognized that it had become so large and sprawled that serious discussion about alternatives to the automobile must take place.

To say public transit then was pathetic is an understatement.

Part of Mary’s job was to integrate public transportation into the Valley’s most compact and dense city.

She lead the development of a plan that was ultimately blended into a region-wide strategy to massively increase bus service and build ValTrans ─ at 103 miles of elevated rail the most innovative light rail system in the country.

In 2004 Mary was hired away by Scottsdale to manage its transportation program.

A long career took a toll on her health forcing Mary to retire from public service in May 2009 ─ allowing pursuit of some of the personal pleasures she had long denied herself.

In July she partook of her favorite avocation ─ travel. This time to Spain with a close friend and some of her huge collection of luggage.

Mary was a pioneer in her industry. As a woman she broke new ground in a field almost completely dominated by men.

Even after retirement Mary couldn’t stay away from her dedication to transit. During the second week of January she was in Washington D.C. interviewing for a director’s position with a non-profit organization called Advancing Women in Transportation.

On the morning of January 15th preparing to fly back to Tempe Mary said good-bye to her niece. She never made it. Shortly after her niece went off to work Mary passed away.

At 53, Mary left us way too soon. But I am sure she had a special express pass to ride the bullet train to heaven.

She touched so many lives with her energy, love of live and friendship.

One friend said it best: “Is there a better way to say good-bye than with memories of happy times?”