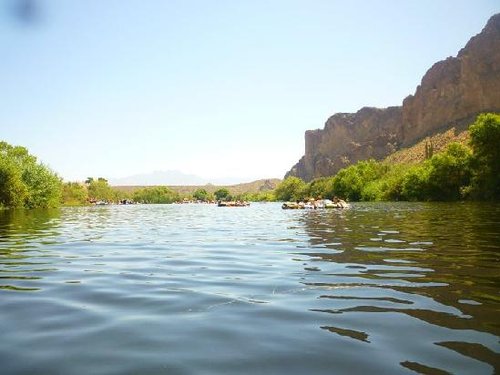 A Sunday afternoon tubing session has turned deadly after a man drowned on the Salt River.

Officials with the Maricopa County Sheriff’s Office say a man in his thirties died as a result of the incident, which occurred around 3:30 p.m.

According to authorities, the victim was tubing with friends near the Blue Point Bridge when he broke away from the group and attempted to retrieve a tube that floated away. The man became exhausted and went underwater for an undetermined period of time. His friends were able to pull him out and administer CPR, but he was taken to the hospital and pronounced dead.

His identity has not yet been released.