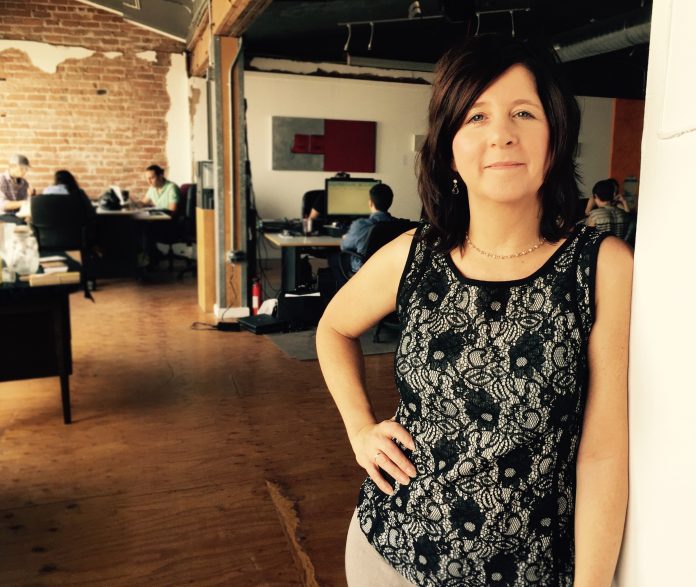 Shopping local and supporting local businesses is crucial to the strength and success of any community.

Since it’s inception in 2003, Local First Arizona has served as a valuable resource for the community, encouraging the growth of local business and striving for greater city and state pride. With a directory of nearly 3,000 local businesses across the state, residents and visitors have a unique tool at their disposal to connect with shops, restaurants, suppliers and much more that serve as the backbone of Arizona’s economy.

Founder and Executive Director Kimber Lanning and her talented team have made leaps and bounds since she started fourteen years ago. She was inspired to begin her changemaking efforts after observing the lack of connection to place. With many people moving to Arizona from a different state or region, there were many residents who lived and worked here, but didn’t put up roots and cheer for the home team or feel truly connected to their community. “There were a lot of bright young people leaving and doing great things elsewhere, and it was important to build good hometown pride and connect people and get them to understand how this impacts us,” Kimber said.

In fact, people with minimal community pride are less likely to vote or give charitably. Another concern was creating a level playing field for local businesses, as big chain stores were receiving massive subsidies at the time.

In 2005, Kimber, an Arizona native who grew up in Glendale, formed the nonprofit organization, and in 2009, she expanded further, forming the Local First Arizona Foundation, focusing on developing a more diverse and resilient state economy. With an array of achievements, including setting an example for other states, overhauling adaptive reuse to make it easier to establish new businesses in historic buildings, and creating more hometown pride, Local First Arizona has expanded it’s reach significantly over the years.
The organization aims to educate the public on the real value of local business in comparison with large corporations. “We educate people on the true cost rather than the cheap cost people think of,” Kimber said. They also urge their member businesses to go above and beyond. “We tell our businesses they must be better, have better customer service and expertise, be bright and friendly…it’s all about the experience,” Kimber said. “That’s why craft brews are doing so well. A chart of them would show their sales have increased year after year while Budweiser’s have fallen every year.”
Farmers markets are one way to promote local business, but Local First urges people to consider even more ways to support neighborhood stores and services. “When you choose to support a local business, in turn they are going to make more jobs available here, and that’s three times more money circulating in Arizona,” Kimber said. “We need to think more broadly about the jobs that are being supported and open up more opportunities for the people who live right here in Arizona.”
Kimber says there are a million ways to go local, as demonstrated in a ten percent shift study that showed that, in a city the size of Tucson, if everyone shifted ten percent of their spending from a big national company to a local company, it would generate 130 million new dollars.
“If you look at your spending and say okay I’l shift ten percent of my spending by getting a local haircut, a local oil change or choosing local eggs at the grocery store,” Kimber said. “It doesn’t have to be inconvenient or challenging at all, and it certainly doesn’t have to be more expensive.”
For Kimber, it is rewarding to see the budding connections within communities and the hometown pride that now sets Arizona apart. “The best part of it for me is to watch the lightbulb go off for people, and to look around and see people being more mindful and spending more money locally,” she said. “People feel more connected here and proud of their hometown when they actually know the business owners.”
Local businesses are encouraged to join the movement online and become a part of this organization. For more information on Local First Arizona, and to see how you can get get involved as a resident and consumer, please visit the official website and check out their Facebook page. Join the #bealocalist movement today!
Editor’s Note: This Article was written as Sponsored Content.