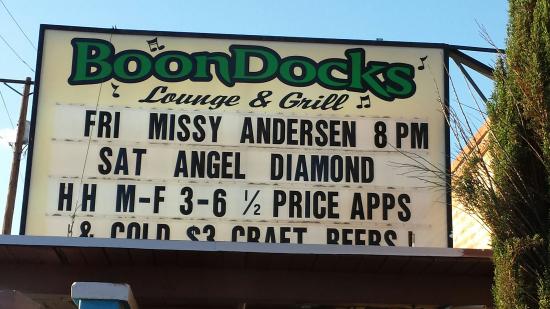 A famous local establishment is getting a second chance at life in Tucson.

The Boondocks Lounge, which opened in the early 1970s, closed late last September, saddening the patrons who frequented the venue for it’s blues music and lively entertainment.

Pima County records show that Nancy Kuhlmann, the owner and operator of Nancy’s Fort Lowell Pub, bought the nearly 5,000-square-foot property, now named “Nancy’s Boondocks.” She applied for a liquor license for Boondocks, which is located at 3306 N. First Ave.

The Boondocks building is situated around the corner from Kuhlmann’s 16-year-old neighborhood bar at 746 E. Fort Lowell Road. There is no word yet on when Boondocks will reopen or specific plans for the establishment.