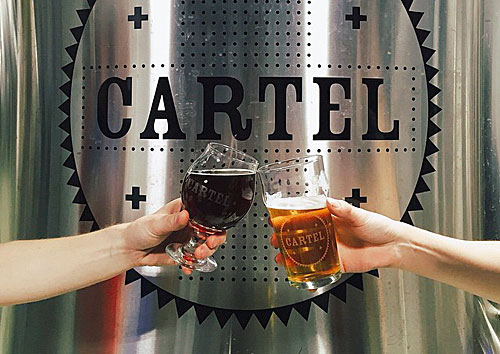 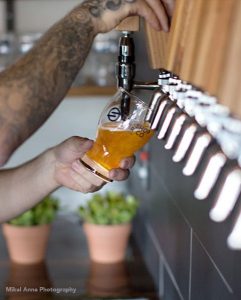 TEMPE—Nothing beats the smell of freshly-brewed coffee in the morning…unless that smell is beer.

Arizona State University alum David Arnce has had his fair share of experience brewing both, add a passion for remodeling old houses and you have the perfect recipe for the newest brewery in downtown Tempe – The Shop Beer Company.

The Human Nutrition graduate with a knack for “flipping” houses enjoyed a successful business after the real estate market floundered in 2008. Using his entrepreneurial spirit, Arnce help bail out another company—a friend’s coffee shop on University Drive.

The rest, as they say, is history.

Cartel Coffee Lab opened in downtown Tempe in 2008 and now has six locations statewide, including two in Tucson. With the success of the coffee business, Arnce started experimenting with brewing beer. Four years later, Cartel Brewery was born out of the back of the original Cartel location with a 1/2 barrel brewing system.

Now, with head brewer, Matt Johnson at the helm, Cartel expanded to a 5-barrel system and are now operating a 20-barrel brewhouse as a spin-off from the original Cartel name, enter The Shop Beer Company.

I was fortunate to be in attendance for the grand opening of The Shop located at 922 W. First St. last month and was pleased not only with the selection of beers but also by the prompt and friendly service.

The 64-year old house that Arnce renovated to be the heart of the property is an 1100-square-foot gem that has all the charm and mystique of visiting grandma’s place but instead of fresh cookies, you are getting fresh beer.

Behind the quaint taproom, is the mammoth beer garden with sprawling picnic tables and of course, a misting system to keep things somewhat cool on a sweltering summer’s day.

On opening day, there were four beers available, but there are a total of 18 taps which will soon all be pouring glorious suds.

Hours for The Shop Beer Company are: