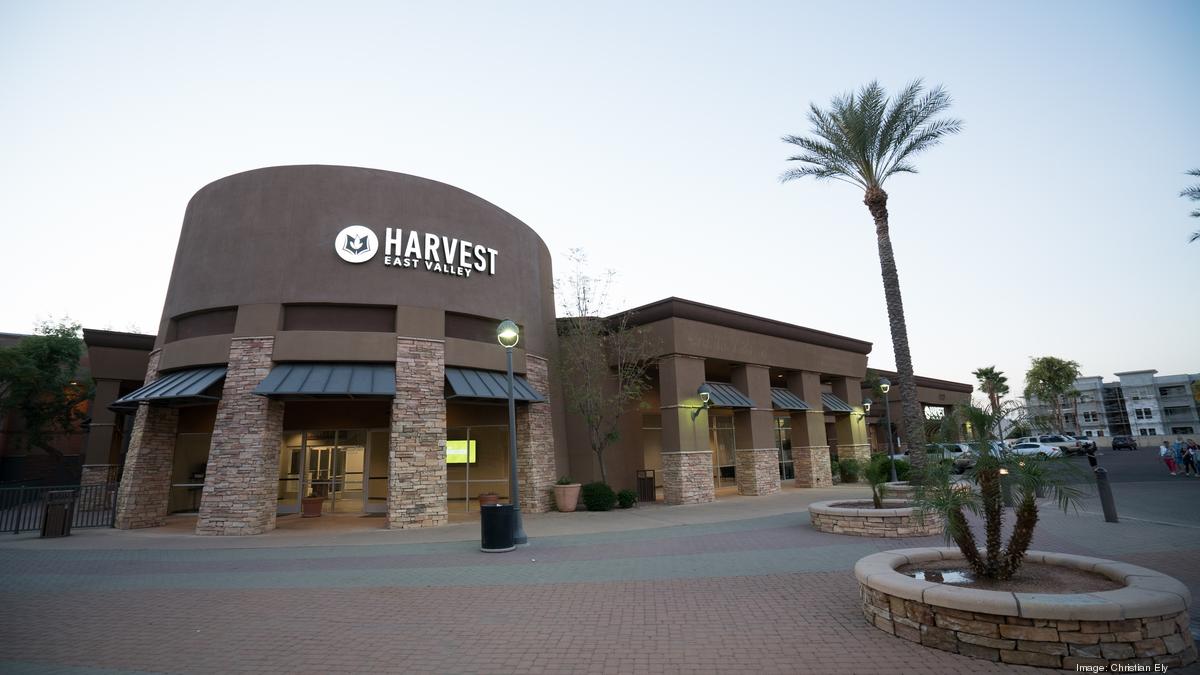 One of the fastest-growing churches in the state is celebrating it’s growth with the opening of a new worship center just south of downtown Gilbert.
Harvest East Valley recently completed the project, an exciting example of adaptive reuse, as they took an abandoned strip mall storefront and transformed into into 32,000 square feet of family-friendly worship space.
The new church facility boasts 650 seats for attendees, a major milestone for Harvest East Valley, which was founded a little more than four years ago but has made leaps and bounds since it’s inception.
The new location opens on Sunday, April 2 inside Gilbert Town Center (1120 S. Gilbert Road). The $1.5 million dollar project took seven months to complete, as crews took a former fitness center, charter school and laser tag arena and made it into a modern, custom-designed worship center.
Harvest East Valley is a non-denominational church that was founded in Chandler at the end of 2012. They focus on genuine community and biblical teaching, which has attracted a rapid expansion, and by early 2017, more than 800 people attended service regularly. The church added more service times, but a new facility was still necessary to accommodate the growing congregation.
For more information on the new facility and to join Harvest East Valley, call 480-471-6614 or visit www.harvestev.church .