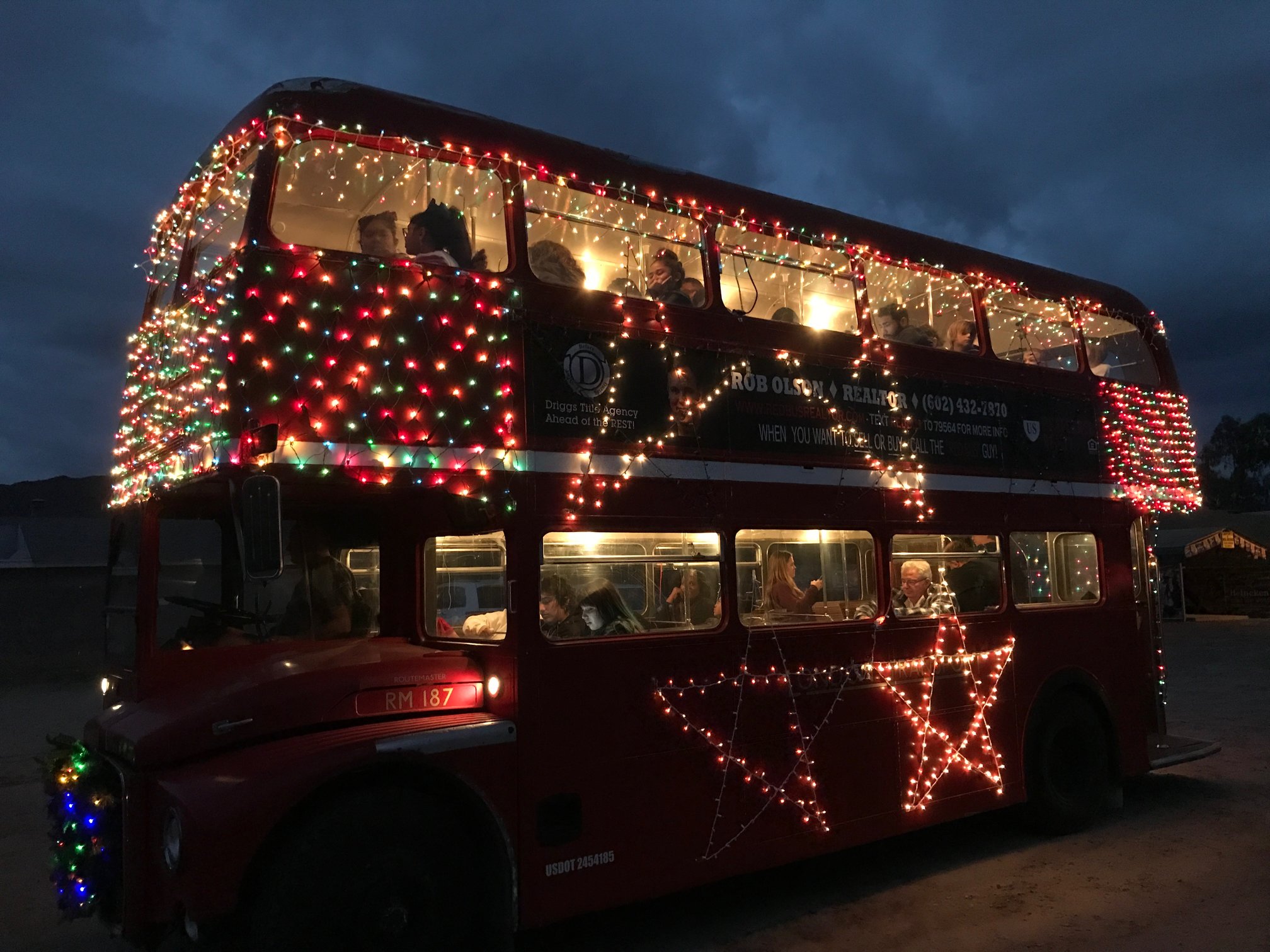 The holiday season got a little brighter in Laveen, as local Realtor Rob Olson, offered residents a free chance to tour the major light displays around the South Mountain area, from the top level of his classic double decker “Routemaster” bus.  Originally built in the latter part of 1959, this Routemaster commenced servicing London in February, 1960.  After serving the English capital for 26 years, the bus was withdrawn in December, 1986.  It operated for another 8 years in Scotland, before export to the US in 1994. The bus was acquired from a tour company in Niagara Falls, Canada and driven 2700 miles to the valley.  Rob uses it as a “goodwill ambassador” for the community and doesn’t charge anything to ride it.  The bus was already covered in holiday lights, as it had appeared in the APS light parade in early December.  The tours were actually a spur of the moment idea, since the South Mountain community had many spectacular displays.  After posting the offer on social media, Rob was inundated with requests.  Each tour lasted 90 minutes and drove past more than 20 displays.   All in all, there were 4 tours with over 100 guests invited…..all free of charge.  The tours were a success and Rob Olson hopes to do even more next Christmas.