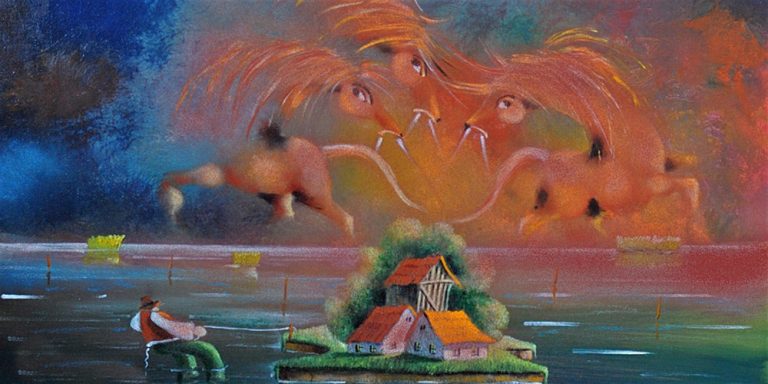 David Berkowitz is a noted naive painter from Chicago. He differs from other painters of the same style with his peculiar style of painting, characterized by elements of fairy-tale horses, pumpkins, farm, and granary.

Berkowitz has presented his paintings in some of the most noted galleries around the world. He has had over 20 solo-exhibitions. His first exhibition took place at the Art Institute of Chicago.

David Berkowitz started painting after suffering a serious injury during a football match in his early twenties, while he was tied to a hospital bed. Soon after recovery, he enrolled in the Village Art Group. Berkowitz immediately stood out from other painters in this group, because of his peculiar style.

Village Art Group was a group of young artists impressed by naive art. Being a fan of horses and life, David Berkowitz created many artworks with such themes. Some critics consider this to be the main thing that established him as a fruitful painter.

ABOUT US
© My Local News US LLC - All rights reserved