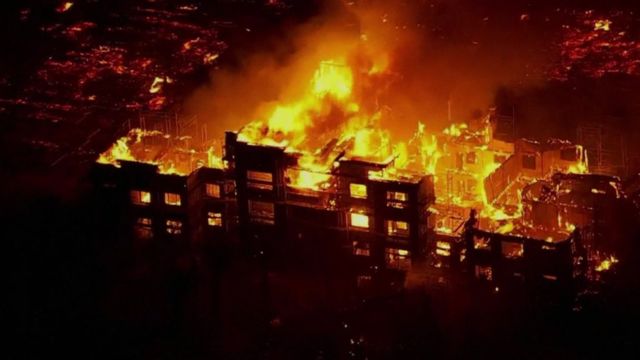 The Gilbert fire and police departments have asked for the public’s help in identifying two teenage boys captured on security footage shortly before a massive fire at the Via Sorento condominium construction site in October.

On Saturday, October 15, at 7:06 pm, two teens were recorded by security cameras at the complex, near Gilbert and Guadalupe roads, shortly before the massive fire began. More than 150 first responders were called in to help battle the blaze.

Gilbert officials are hoping that this footage will help with the investigation into the blaze, and they are interested in interviewing the teenagers to gain more information about the fire.

According to officials, monetary rewards for information totaling $30,000 are being offered by D.R. Horton the condo developer, as well as the Arizona Advisory Committee on Arson Prevention, the Arizona chapter of International Association of Arson Investigators and the U.S. Bureau of Alcohol, Tobacco, Firearms and Explosives.

Officials believe the fire is a case of arson, and they are searching for anyone involved or who may have important information. Investigators ruled out natural and accidental fire causes after a thorough examination of the scene and interviews with 200 individuals.

Anyone with information is asked to contact the Gilbert Fire and Rescue Department at 480-503-6346 or at https://[email protected].