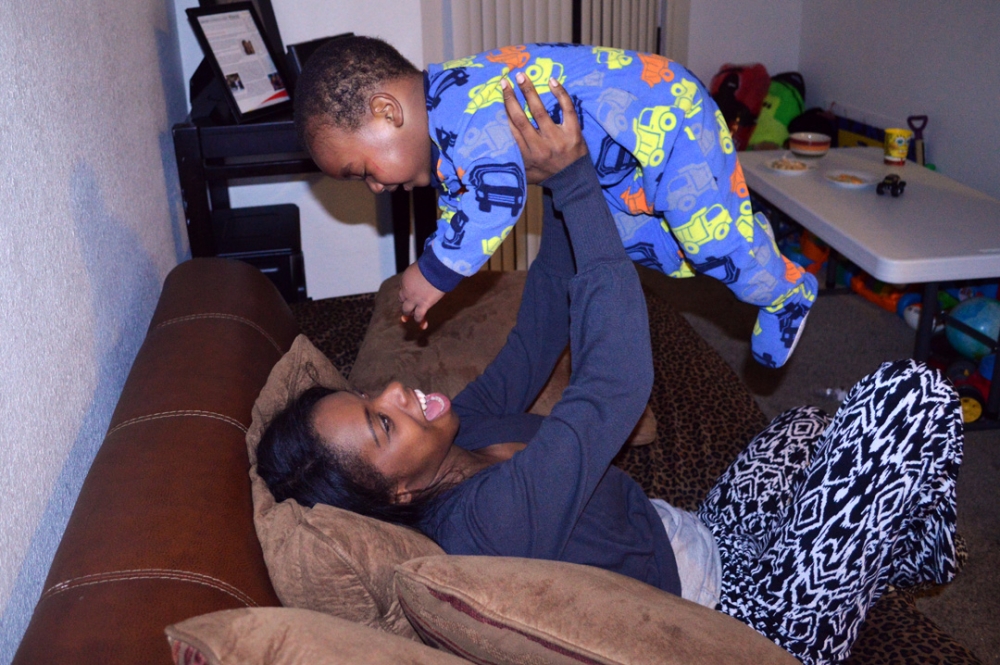 As the only school in the Pac-12 Conference lacking a university-affiliated childcare center, concerns are rising regarding the level of support the UA has for student parents.  According to the Institute for Women’s Policy Research website, campus childcare is declining despite the fact that “[26 percent] of all undergraduate students are raising dependent children.” It all comes down to money.  “I think that logistically, the university has had some problems with trying to figure out how to provide it a cost level where it would actually be used or used by enough people that it would make sense,” said Eva Romero, a chair member on the UA Commission on the Status of Women and Family Care Workgroup.   Lindsey Reichlin, research associate and program manager for the Institute for Women’s Policy Research, said that it may also be a lack of knowledge on exactly how many students need the service of a childcare center on campus.  “I think colleges don’t totally know what they don’t know and how that can impact the success of their students in the end,” Reichlin said.

The CSW Family Care Workgroup worked to change the rule on campus that fathers did not get as much time on parental leave as mothers. The group also improved the availability of lactation rooms throughout campus. In the past, the need for these rooms was overlooked and often forgotten. “Most of the buildings try to be kind of private, almost secretive about pump rooms sometimes. … [That] can turn into people, even the staff, not talking about the rooms that they have and not even knowing about the rooms they have,” Romero said. Currently, the UA Life and Work Connections provides a Resource and Referral Program helping to identify many options for students or faculty looking for childcare.  “We often help families to determine what the priorities [are] and what are the important features that they are looking for regarding childcare,” said Caryn Jung, senior coordinator at LWC.

Along with the Resource and Referral Program through LWC, there are two other programs relatively unique to the UA.  The Childcare and Housing Subsidy Program supports student family life for undergraduate and graduate students currently enrolled at UA by helping eligible students pay for childcare in Arizona.  The Sick Child and Emergency/Back-up Care Program, which is fairly unique to the UA, provides support for students with children.  “This is a program that provides the availability of caregivers to come to the children’s home,” Jung said, “and to care for them in the comfort of their own bedding, their own books [and] their own toys.”  The cost for the program is $30 an hour. The UA covers $26, leaving a $4 per hour cost for the student.

Reichlin said many school administrations don’t see the benefits of providing a childcare center, even though they will help students graduate and maintain a stable faculty and staff.  A gym is an expected part of the infrastructure of a university, Reichlin said, though a childcare center usually is not. Alonna Truitt, a junior studying math and information sciences, technology and arts, was taking six classes at the time she discovered she was pregnant. Only three of her professors were willing to work with her. Now, with a son and full load of courses, she would like to see more support for student parents. Though she is happy with the services she received through the New Life Wellness Resource Center, Truitt said the UA doesn’t openly support student mothers. “They support passing out condoms and being on the [UA Mall] with that,” Truitt said, “but you don’t ever see anyone like, ‘It’s OK if you are pregnant; it’s going to be OK.’” Truitt said she thinks that a university-affiliated childcare center on campus would positively affect the rate of graduation for student parents as well as make day-to-day life less complicated.“It makes it a lot harder, because my son now can only be at daycare for 10 hours,” Truitt said, “so I have to try to figure out how I’m going to get to daycare, … still get to campus on time and have enough time to get to class.”

Along with the simplicity of having access to a childcare center on campus, Truitt said she wishes she could visit her son during breaks between classes. Francisco Olea, a senior studying Spanish who has three children, is in agreement with Truitt, although Olea was not aware of any kinds of resources for student parents. “I thought it was kind of strange,” Olea said, “but at the same time, I was just like, ‘Oh well, you know, I guess they don’t really want to encourage student parents.’”

Both student parents brought up the potential benefits of having certain colleges work with children, such as the College of Education. Olea and Truitt said they both believe this could be beneficial to student parents who are in need of daycare while they go to school, and also for students choosing a career path in early childhood development. “Childcare is a really important factor in terms of anybody who is a parent getting ahead in their education, in their profession, in their life,” Romero said. “And having access to childcare is such an important aspect of day-to-day life of anybody who has a child.”Studies from other universities show a difference in graduation speed depending on what services are provided. “We definitely saw some connection to the transfer students and graduate students who access the services versus the transfer students or graduate students who did not access the services,” said Amy Luhn, director of Childcare and Family Resources at Oregon State University.  Romero further stated that introducing a childcare center at the UA could be helpful for many people on campus. “I feel like we have this big, untapped thing that if we had some sort of organization around it, it could be really helpful for a lot of people,” Romero said.