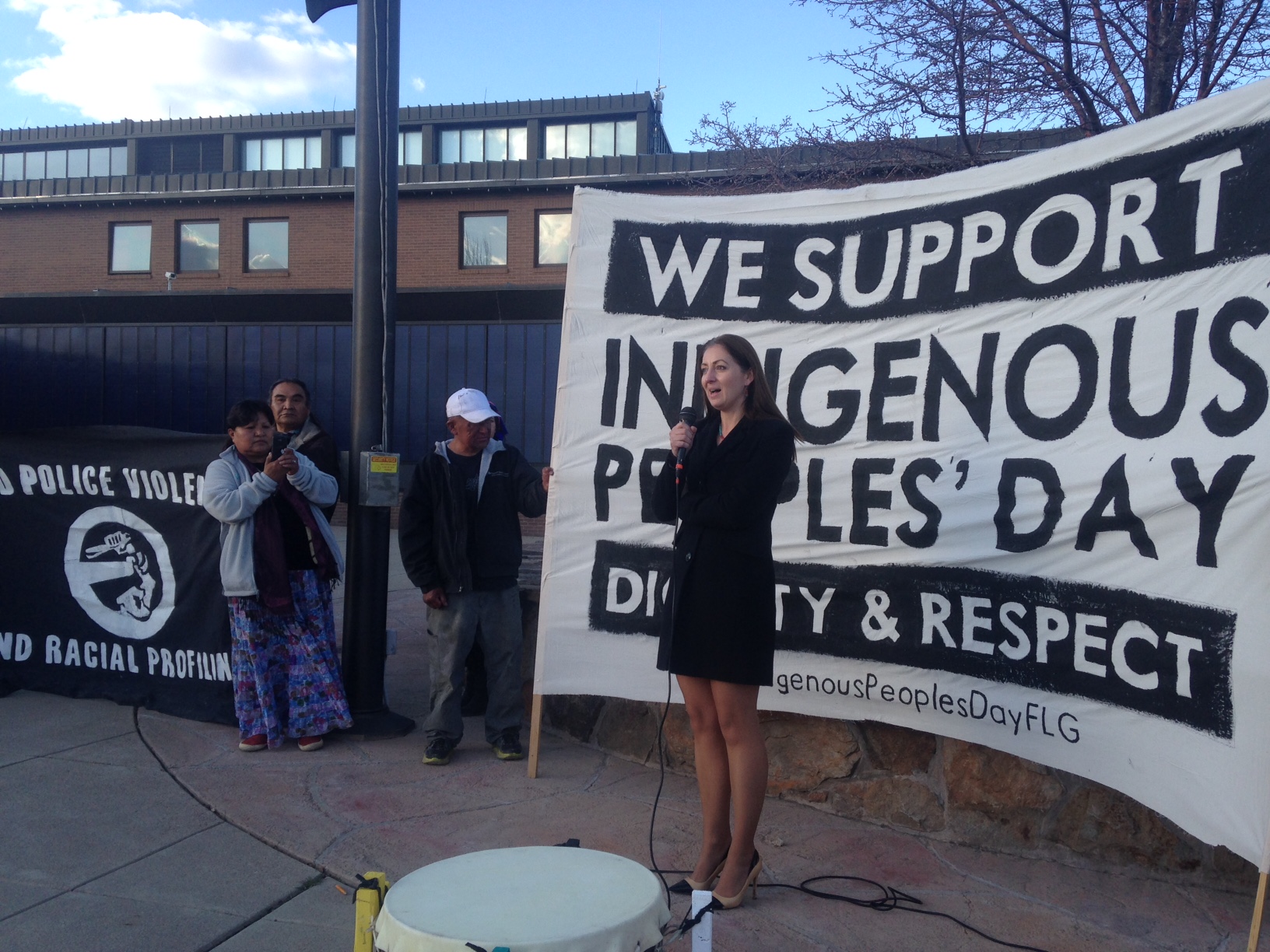 Flagstaff City Council member Eva Putzova was recently named the 2017 Eleanor Roosevelt award winner, an honor presented by the Coconino County Democratic Party.
The award is given annually to a community member who demonstrates strong Democratic values in their efforts for the people they serve. While she never held elected office, Mrs. Roosevelt was regarded as a determined defender of the average, middle class American.
Putzova ran her Democratic city council campaign using the theme of “Shared Prosperity” for all Flagstaff residents, and in 2015, she led the lawsuit that struck down the attack on the autonomy of Charter Cities by the Arizona Legislature. She also lead campaign to raise the minimum wage in Flagstaff and worked closely with indigenous residents to change the Columbus Day Holiday to Indigenous Peoples Day.
Putzova immigrated to the United States from Slovakia in 1998 and moved to Flagstaff in 2001. She became a U.S. citizen during her Flagstaff residence, and she gained experience in community service, specifically in the areas of zoning, climate change, clean energy and social justice while on the board of Friends of Flagstaff’s Future. She served as a delegate to the Democratic National Convention in 2016, and was an early supporter for the Bernie Sanders presidential campaign. Throughout her career in Flagstaff, she has supported democratic values including increasing wages, honoring tribal nations and indigenous people, combating climate change, and expanding access to affordable housing.
Putzova was awarded the honor at the Roosevelt-Kennedy Dinner, where 200 community members congregated at the Doubletree by Hilton and heard from vice president of Navajo Nation Jonathan Nez and Congressman Tom O’Halleran among others.